Bryce Harper to Le'Veon Bell: Come to Philly, the ‘greatest city in the world’

Bryce Harper hasn’t even been officially introduced as member of the Phillies yet, but he’s already Star Hunting.

According to free agent running back Le'Veon Bell’s Instagram story on Friday afternoon (yes, that’s what this has come to), Harper wants Bell to consider taking his talents to South Philly.

Folks, everything is happening.

The first Instagram story here is Bell congratulating Harper on the deal, and noticing that “Philly goin crazy right now”: 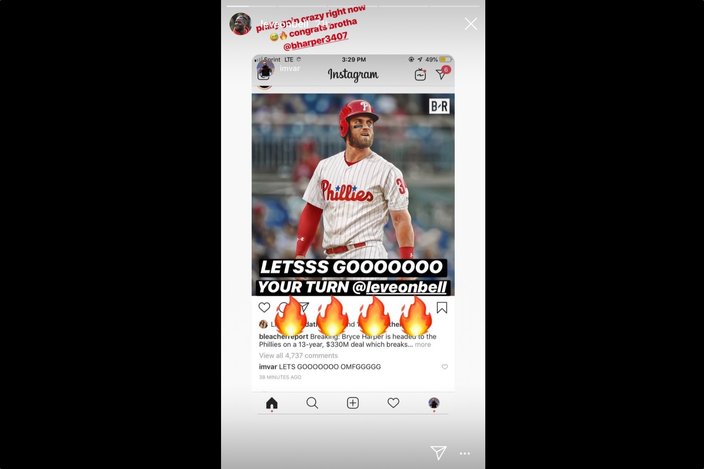 The second Instagram story is what matters: a screenshot Bell uploaded, with a message from Harper putting on the full-court press: 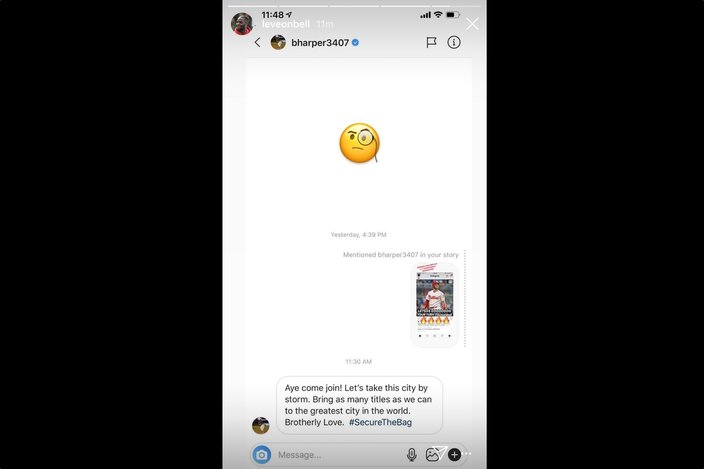 “Aye come join! Let’s take this city by storm. Bring as many titles as we can to the greatest city in the world. Brotherly Love. #SecureTheBag”

For a player whose interest in Philadelphia as a city was reportedly lukewarm, that’s a lot of lip service from Harper.

On the Bell front, the running back has been oddly aggressive lately in mentioning the Eagles on social media, beginning with this tweet last week:

And now it seems Bell is talking with the city’s newest star in Harper.

What a time this is to be a Philadelphia sports fan.