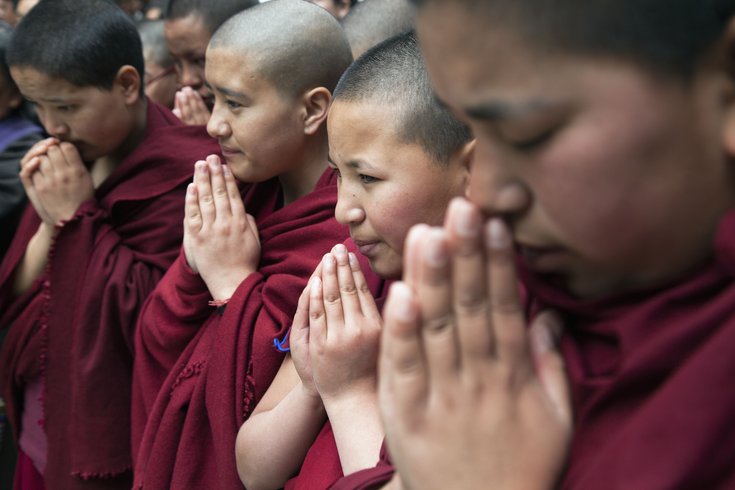 Exile Tibetan Buddhist nuns pray at a gathering to mark the anniversary of a women's uprising in Lhasa, in Dharmsala, India, Thursday, March 12, 2015.

You know the old adage, "Show me who your friends are and I’ll tell you who you are?”

Well researchers at Stanford University, along with scientists from Belgium and Taiwan, may have provided proof to that prophecy in finding that individuals who were exposed to Buddhist principles, such as compassion and acceptance, were more likely to model those beliefs themselves.

To complete the study, the researchers gathered a group of people with spiritual backgrounds other than Buddhism and exposed some of them to Buddhist concepts, such as Buddha and Dharma, and the others to neutral positive words that are not directly associated with the religion, like freedom and sun.

The findings, which were published in the April issue of the journal Personality and Social Psychology Bulletin, showed the group exposed to Buddhist beliefs had a stronger sense of responsibility for others, feelings of compassion and empathy and fewer negative associations with African and Muslim people than those who were exposed to Christian or nonreligious words.

"It means that, at least in people's mind, there is a positive vision of Buddhism as a religion of tolerance and compassion, Magalli Clobert, a post-doctoral student at Stanford and one of the study's authors, told The Huffington Post.

Read more about the study here.