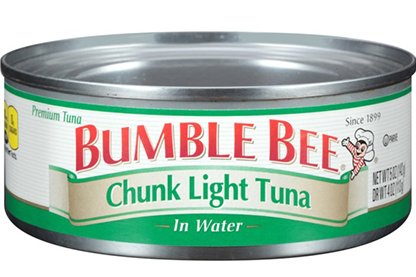 Bumble Bee Foods announced a voluntarily recall of certain cans of its tuna.

The U.S. Food and Drug Administration along with Bumble Bee Foods, LLC has issued a recall on 31,579 cases of canned tuna over what is referred to as potential "contamination by spoilage organisms or pathogens."

According to the FDA's notice of the recall, the possible contamination could lead to "life-threatening illness if consumed," however no illness has been reported in association with the brand at this time.

The possible contamination resulted at a facility that is not owned or operated by Bumble Bee, it said.

Consumers are advised to throw away the recalled product.

The recalled cans were produced in February 2016 and distributed nationally. No other production codes or products are affected by this recall.