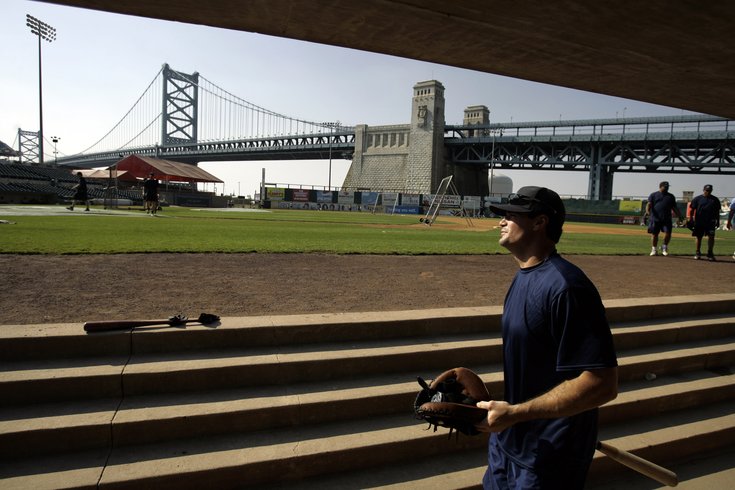 Ben Davis with the Riversharks baseball team is seen before a game at Campbell's Field in Camden, N.J., Friday, May 25, 2007.

A longstanding lawsuit  from Santander Bank will be put to rest as the Camden County Improvement Authority agreed to purchase Campbell's Field, home of Atlantic League baseball's Camden Riversharks.
The lawsuit, filed in a Camden federal court in 2013, had Santander, the ballpark's chief financier, seeking $4.6 million in back rent from two separate entities, CFDA Baseball and Camden Baseball LLC, the Courier-Post reports.
The CCIA, which will purchase the park for $3.5 million, expects to take ownership of the building in the coming months -- at no expense to taxpayers, according to the county. Instead, the CCIA will issue bonds to cover the acquisition and rely on stadium revenues to cover the remaining debt.

"This transaction ensures baseball will continue to be played in Camden for many seasons to come in a more enhanced setting," said Freeholder Director Louis Cappelli.

Campbell's Field, which opened in 2001, seats 6,700 people and will continue serve as home to Rutgers-Camden's NCAA Division III athletic programs.
The Riversharks open their 2015 season on May 1st against the Bridgeport Bluefish.