Camden County to honor dispatcher, officers who helped a mother in need

The woman called 911 seeking help for her hungry kids 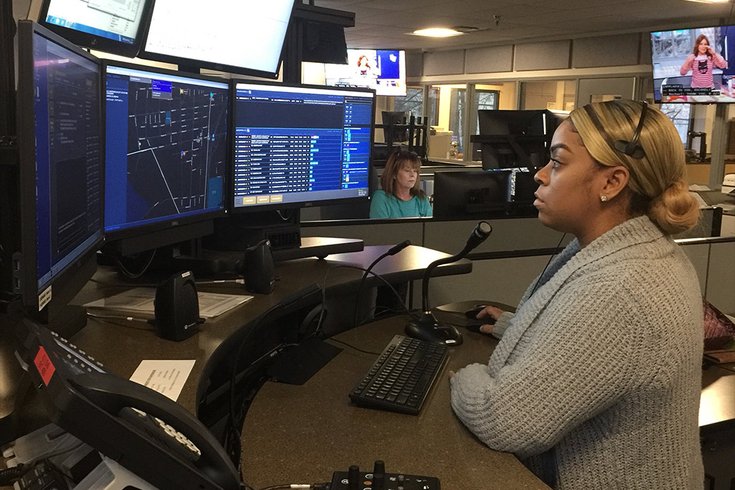 Camden County police dispatcher Tondaleya Bagby spun into action when a mother called to say she had no way to feed her children.

As far as 911 calls go, the one that Camden County dispatcher Tondaleya Bagby answered on January 22 didn't deal with crime, but a situation that was tragic in its own right.

It came from a mother who found herself in need of vital assistance.

"My kids have not eaten since yesterday," said the woman, who did not want to be identified publicly. "I'm waiting on my food stamps to come. They said it would be 30 to 45 days and I don't know if I can get any emergency type of food stamps."

She asked whether the dispatcher could send a Department of Children and Families (DYFS) worker out and, upon being reminded that 911 is for police emergencies, noted that her phone had been shut off and didn't have access to transportation.

After the dispatcher got the woman's name and address, Officer David Hinton headed out to her South Eighth Street apartment and saw that there was no food. He went to a local take-out restaurant and picked up a bunch of food for the family.

But that wasn't the end of it.

Bagby then told her mother, police Sgt. Tracy Seigel, about the call. The duo then pooled money with retired Lt. Scott Bagby (her uncle), and Lt. Janell Simpson. It was enough for a trip to the supermarket to grab 10 bags of groceries, including milk, bread, cereal, lunchmeat and toiletries.

That night, Bagby and Seigel delivered the groceries to the "overwhelmed and extremely thankful" family.

"It's just very humbling," Simpson said when asked Thursday about her benificence. "We don't want people calling 911 for this sort of thing, but she had nowhere else to turn. Anything we can do to help, we'll try to help. We know times are tough. As a mother, it must have been really tough for her to make that call."

The story drew ample attention in subsequent days, and on Thursday night, the Camden County Freeholders honored the dispatcher and officers for their kindness.

Tondaleya Bagby thought she was just going to pick up an award after a busy 12-hour shift that ended at the time the meeting started. She didn't expect to have to talk, and a bunch of TV cameras there to capture the moment, along with interviews.

She said she first wanted to order pizzas to the residence, but when she talked to Hinton, they realized the neighborhood isn't one that pizza places deliver to all that often. Instead, they got McDonald's before the grocery delivery that she and her mother made.

She wanted to make the delivery alone, but her mom said, "That's a negative. You're not going there alone. I'm coming with you."

When they got there, the mother and her elementary school-aged children were appreciative, the kids so much so that they were peeking in the bags before they got unloaded.

"I'm happy that the mom made that call. It couldn't have been easy," Bagby said. "It stuck with me all day. I knew that (one meal getting delivered) wouldn't last a few days, weeks or months. No child should go hungry."