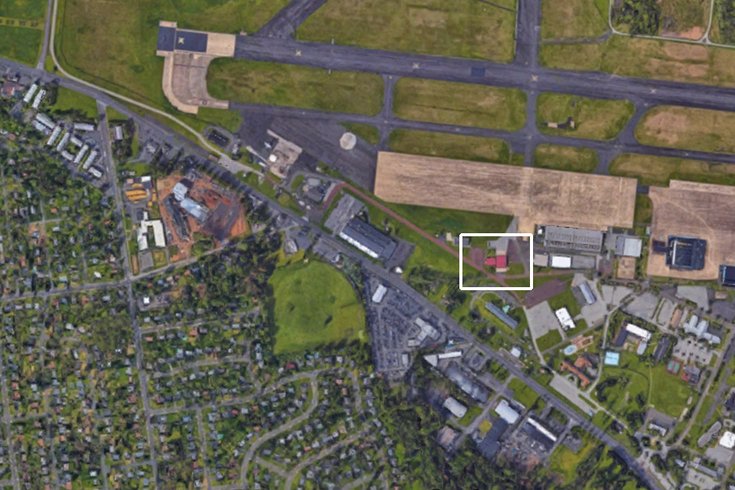 The building with the red roof shows the former Willow Grove Naval Air Station Fire Department's proximity to homes across Route 611. Perfluorinated chemicals in firefighting foam used for decades at the Navy facility in Horsham Township is contaminating drinking water.

Homeowners in Bucks and Montgomery counties seeking help from the federal government to address contamination in their drinking water received disheartening news on Monday night.

The Trump administration will not set a drinking water limit for two toxic chemicals – PFOA (perfluorooctanoic acid) and PFOS (perfluorooctanesulfonic acid) – that are contaminating millions of Americans' tap water, two sources familiar with the forthcoming decision told Politico, which reported:

The expected move is yet another sign of the administration's reluctance to aggressively deal with the chemicals, which have been used for decades in products such as Teflon-coated cookware and military firefighting foam and are present in the bloodstreams of an estimated 98 percent of Americans. And it comes less than a year after the White House and the Environmental Protection Agency faced criticism for delaying publication of a health study on the chemicals, which a White House aide had warned could trigger a "public relations nightmare."

EPA's decision means the chemicals will remain unregulated under the Safe Drinking Water Act, according to sources familiar with a still-unreleased draft plan that acting administrator Andrew Wheeler signed off on in late December. That means utilities will face no federal requirements for testing for and removing the chemicals from drinking water supplies, although several states have pursued or are pursuing their own limits.

Families living in the vicinity of two former naval facilities – the Willow Grove Naval Air Station in Horsham, Montgomery County, and the Naval Air Warfare Center in Warminster, Bucks County, have for years tried to get answers on the health impact of the toxic chemicals in their drinking water. A number of local wells have been closed in recent years in neighborhoods around the former Navy facilities, which are less than four miles apart.

“If reporting is accurate than the Trump Administration is planning to turn its back on the people of Bucks and Montgomery Counties and put their lives in danger," he said in a statement. "These communities are dealing with potential poison in their water. For this Administration to once again fail to address a pressing public health threat is outrageous. I will do everything I can to make sure the water Pennsylvanians drink is free from harmful chemicals.”

As ProPublica reported in July 2018:

Yet even this standard remains voluntary and unenforceable. Until there’s a true limit on the concentration of PFAS compounds allowable in drinking water, soil and groundwater — and the classification of PFAS as a hazardous substance — the EPA can’t hold water utilities, companies or other polluters to account. It also can’t compel the Department of Defense to adhere to the standard or clean up contamination.

There is increasing evidence that PFAS contamination is more widespread on and around military bases than previously thought.

The WGNAS and NAWC used a firefighting foam with perfluorochemical compounds, or PFAS, that were also widely used at one time in a variety of applications, including non-stick cookware, stain-resistant clothing and fabrics and food packaging.

These chemicals are persistent in the environment and the human body as they don't break down and can accumulate over time. They can travel long distances, move through soil, seep into groundwater, or be carried through air, according to the Agency for Toxic Chemicals and Disease Registry (ATCDR).

According to ATCDR, some studies of exposure in humans have shown that certain PFAS may affect growth, learning and behavior of infants and older children; lower a woman’s chance of getting pregnant; increase the risk of cancer; interfere with the body’s natural hormones; increase cholesterol levels; and affect the immune system.

The Horsham and Warminster facilities improperly disposed of contaminants and hazardous substances, allowing them to enter the groundwater supply. Both have been listed on the EPA's National Priorities List, also known as Superfund, for more than two decades, meaning there is a clean-up action ongoing under the Comprehensive Environmental Response, Compensation, and Liability Act (“CERCLA”). 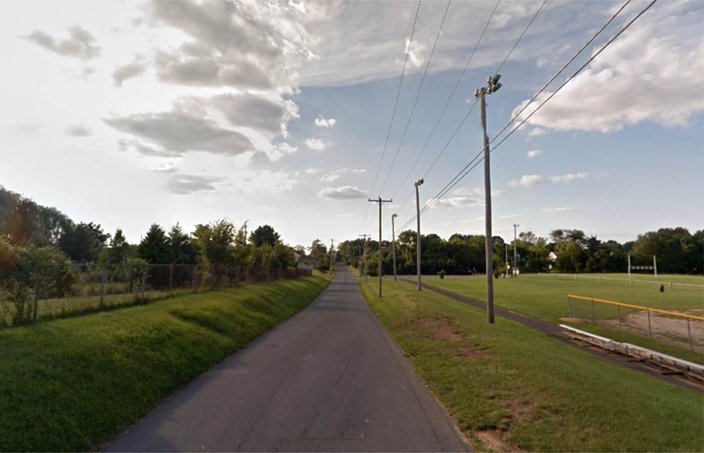 The view along Kirk Road, looking toward Jacksonville Road, in Warminster. At left, beyond the fence, is the area where fire training exercises using PFOS-containing firefighting foam took place at the former Naval Air Warfare Center. At right is Werner Field, home of the Warminster Pioneers youth football teams.

In 2016, EPA issued a voluntary health advisory for PFOA and PFOS that recommended a lifetime limit in drinking water of 70 parts per trillion for both chemicals. Some states, however, established their own significantly stricter drinking water limits, including New Jersey (14 ppt for PFOA and 13 ppt for PFOS).

In May 2018, a draft report released by the U.S. Agency for Toxic Substances and Disease Registry, part of the U.S. Centers for Disease Control and Prevention, concluded that some residents who live near the former WGNAS and NAWC facilities "received water containing concentrations at (a) level up to 15 times the EPA LTHA," or Lifetime Health Advisory.

The EPA's 2016 advisory limit for the combined concentration of PFOA and PFOS in drinking water is 70 parts per trillion, less than the size of a single drop in an Olympic swimming pool. Negative health effects have been noted at lower concentrations than the EPA advisory limit in extensive studies of PFOA exposure.

Under the EPA's draft chemical plan, the two chemicals would be listed as hazardous under the Superfund law that would help force polluters to pay cleanup costs, Politico reported. EPA said it would not discuss the plan in detail until it is released to the public.