Casinos 'have to change everything' to assure safety, says pro gambler with Philly roots

R.J. Cipriani, a professional gambler originally from Philadelphia who learned his craft in Atlantic City, says casinos around the world need to take a lesson from the carnage in Las Vegas.

“We have to change everything,” said Cipriani, a high-profile gambler who served as a cooperating witness in a major drug operation in San Diego and Australia. He was not a target of the drug investigation, but an informant to the FBI.

“It should have changed a long time ago," he added. "But now every casino is put on notice."

Enhanced security and metal detectors are eschewed by casinos because they discourage families and gamblers, he said.

“They are all about bringing in the money and they don’t want to do anything that discourages that,” Cipriani said.

On Sunday night, Stephen Paddock hauled more than 20 guns to his room on the 32nd floor of Mandalay Bay, bringing in more than 10 pieces of luggage over several days, according to CNN. He broke windows in his hotel suite and rained down automatic weapons fire on a huge crowd attending a country music festival about 400 yards across the Las Vegas Strip. The 64-year-old local Nevadan killed 59 people and wounded more than 500, and then apparently killed himself.

The violence has hotels and casinos and law enforcement agencies across the nation re-examining their security plans around large-scale events.

IN A.C., A REVIEW OF READINESS

A senior law enforcement officer well-versed with Atlantic City said there will be reassessments and changes made once a complete analysis is done of the mass shooting event in Las Vegas – because it did not follow along some of the expected protocols.

For instance, the official said limiting baggage and having staff report suspicious baggage is one change to consider.

The law enforcement source also said that when assessing threats, rooftops are always considered, but the Las Vegas shooter instead hammered through two windows, providing an unexpected vantage point to shoot down on people at the concert. Atlantic City, similarly, holds beach concerts and an airshow which draw huge outdoor crowds during the summer.

But the law enforcement source said “with no overt behavior,” a mentally ill or angry person who is “bottled up” and acts out alone will remain difficult to detect – even if protocols are changed.

The New Jersey Division of Gaming Enforcement told PhillyVoice it now plans a review of its readiness in light of the Mandalay Bay rampage.

And while there are technical enhancements in place now in Atlantic City, such as security camera and greater broadband connectivity, there are also fewer law enforcement boots on the ground since 2014, when four casinos closed in one year, the law enforcement source added.

Cipriani said hotels and casinos now may have to install metal detectors. 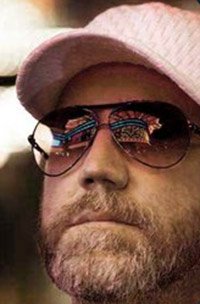 “I can guarantee you there are lawyers right now preparing lawsuits, class actions suits” against Mandalay Bay and its parent, MGM Resorts International.

“It’s mind-boggling," he said. "You can’t hide that many f***ing guns in a room with cleaning staff. Someone had to help him carry those guns up or see him. It does not smell right.”

“What happened is a tragedy and an abomination,” said Cipriani, who first played in Atlantic City after Resorts opened in 1978 and has been to Mandalay Bay “hundreds and hundreds of times.”

He has not gambled in Atlantic City in years, but was a regular back in the day when he still lived locally.

Cipriani pointed to boxing matches as one type of event without enough security to prevent a mass shooting or a bombing.

“What are they gonna do to protect their other customers? You don’t want to be sitting there thinking ‘I have a chance of getting shot or blown up’ while gambling or seeing an event sponsored by a casino."

That remains to be seen, but it already appears to be under review in some quarters: the New Jersey Division of Gaming Enforcement, which oversees internal security of casinos, issued a statement through its spokeswoman, Kerry Lanagan:

"The Division has consistently emphasized the importance of strong security protocols for the Atlantic City casino industry.  Security and surveillance procedures are regularly reviewed and updated.  However, in light of recent events in Las Vegas, the Division will revisit required protocols to ensure maximum preparedness and compliance in this area."

The New Jersey Casino Control spokesman declined comment, saying security is the responsibility of the DGE.

But, he added, the biggest issue when it comes to saving lives remains "getting to a place and mitigating it," by "running to the danger."

PhillyVoice contacted several Philadelphia-area casinos for comment: Harrah's in Atlantic City and Chester, Delaware County as well as Atlantic City's Bally's, Caesars and The Borgata, the marina hotel/casino which shares the same parent company as Mandalay Bay. None of them responded.