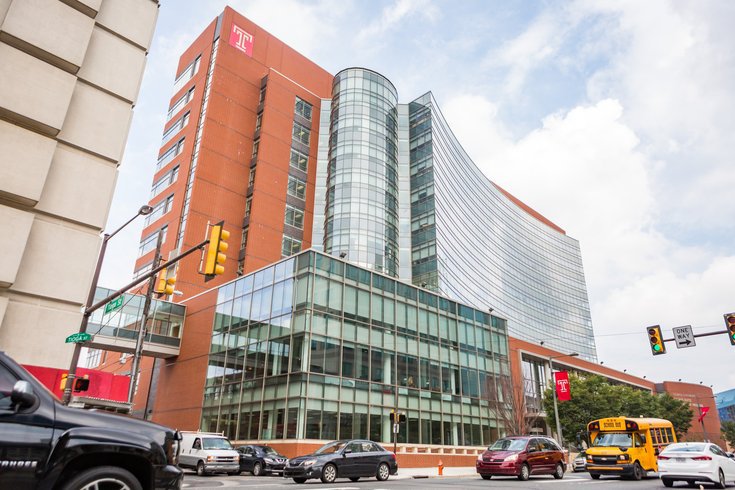 Researchers at Temple University's Lewis Katz School of Medicine in North Philadelphia are investigating the potential uses of a CBD derivative that could prove to be a potent pain reliever.

The rise of medicinal cannabis has opened doors to new research into alternative forms of treatment for a wide range of pain conditions, particularly those that might otherwise entail the use of prescription opioids.

New research out of Temple University may now be unlocking the potential of a new CBD derivative that shows signs of halting pain effects in mice. And the same drug also could be effective at disrupting opioid cravings that develop and intensify with dependence.

Cannabidiol, or CBD, has become among the most popular alternative treatments for a litany of conditions — from anxiety and depression to acne relief. About one in seven Americans use CBD, the non-psychoactive compound extracted from cannabis plants.

For chronic pain patients, CBD is a valuable tool in its various forms of delivery — oils, capsules, edibles, tinctures and vape kits. But the effectiveness of CBD in humans is limited by its low bioavailability, the amount of a drug that enters the body's circulation and can have an active effect.

This low bioavailability restricts CBD from directly reaching the pain areas it is intended to treat.

Scientists at Temple's Lewis Katz School of Medicine believe a new CBD derivative, known as KLS-13019, may be able to overcome this obstacle, according to a study published in the British Journal of Pharmacology.

The research team hopes KLS-13019 can help treat chronic pain patients and others who are among the millions of Americans to misuse or become addicted to prescription pain relievers.

The research used a mouse model of a condition known as chemotherapy-induced peripheral neuropathy, or CIPN, which is a common side effect of certain cancer treatments that damage peripheral nerves. In human patients, the severe pain caused by CIPN is often felt as tingling, burning or numb sensations in the limbs.

The mouse model produced results from the use of KLS-13019.

"We've been able to show for the first time that KLS-13019 works as well as, if not better than, CBD in preventing the development of neuropathy and reversing pain sensitivity after pain has been established," said Sara Jane Ward, a pharmacology assistant professor and senior investigator on the study.

KLS-13019 was developed by Kannalife, a subsidiary of Pennsylvania-based Neuropathix, Inc. The company modified CBD to improve its solubility and tissue penetration properties. Previous studies on cells showed KLS-13019 was more potent than CBD as a neuroprotective agent and demonstrated greater bioavailability in animals.

To build on this existing research, Ward and her colleagues compared the effects of CBD and KLS-13019 on mice with CIPN. Using a series of experiments, the Temple study found that the animals had greatly reduced pain sensitivity after receiving either CBD or KLS-13019. The latter displayed a stronger effect of reversing pain sensitivity among mice with established peripheral neuropathy, but this was not observed in the mice treated with CBD.

The study also found that KLS-13019 significantly reduced opioid-seeking behavior in mice, an effect that was not seen in those treated with CBD. Some studies have suggested humans suffering from opioid-use disorder may be able to counteract cravings using CBD, but it's possible that KLS-13019 may have an even stronger effect and a mechanism that breaks up pathways reinforcing opioid use.

"This tells us that KLS-13019 has benefits beyond its ability to alleviate pain," Ward said.

In future studies, Ward and her colleagues will further examine the mechanisms and effects of KLS-13019, particularly on opioid-seeking behavior, and will explore how well the analog works on other pain conditions beyond CIPN.