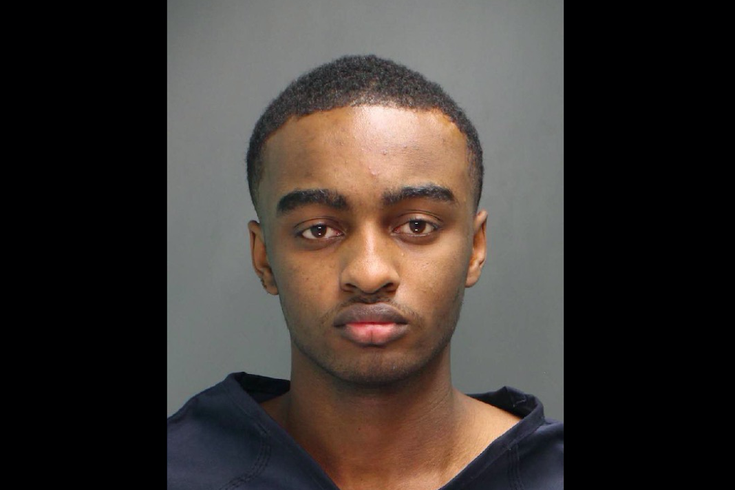 Kether Opitimius Massiaz, 22, of Malvern, was charged in the fatal shooting of 28-year-old Wendell Allison-Haulcey, of King of Prussia, on March 15, 2020 in Cheltenham Township. The shooting occurred amid restrictions in Montgomery County due to the coronavirus pandemic.

Kether Opitimius Massiaz, 22, was charged with first-degree murder and related charges in the shooting of 28-year-old Wendell Allison-Haulcey, of King of Prussia.

The shooting occurred around 9:00 p.m. on the 400 block of West Glenside Avenue, where police responded and found Allison-Haulcey suffering from an apparent gunshot wound to the chest. He was transported to Abington Memorial Hospital and pronounced dead, officials said.

Cheltenham police later were called to a 7-Eleven parking lot at 362 Easton Road, where they found Massiaz inside a black BMW sedan. Massiaz was bleeding from the head, police said.

Eyewitness interviews led investigators to a Doorbell surveillance camera, which had footage corroborating various accounts of what transpired.

Massiaz and Allison-Haulcey allegedly had an altercation and both exchanged gunfire.

Police found a High Point .45 caliber semi-automatic pistol with Allison-Haulcey's body. A Taurus 9mm semiautomatic pistol was found by a backpack that a witness allegedly saw Massiaz drop on West Glenside Avenue. The Taurus firearm was legally registered to Massaiz.

“Even in the midst of the emergent situation with COVID-19, our law enforcement personnel are on the job working to keep everyone safe every day and to handle these crimes as they occur in Montgomery County," District Attorney Kevin Steele said.

Massiaz has been remanded to the Montgomery County Correctional Facility ahead of a preliminary hearing on March 30.