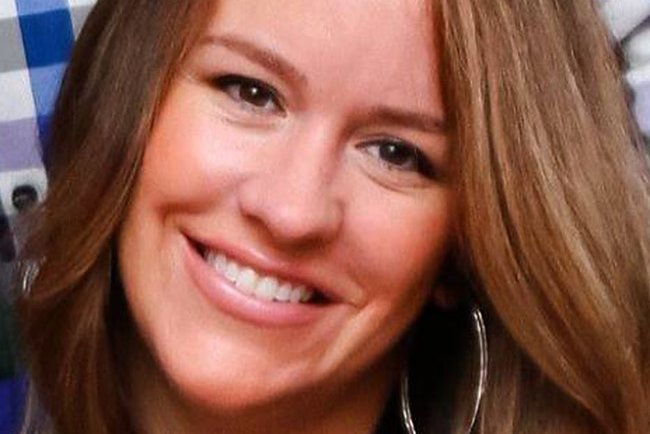 Aimee Haller Follis of West Chester started having symptoms of toxic shock syndrome last May. In the hospital, she twice received Last Rites. After a long recovery, she considers herself in good health today.

A Chester County woman is warning other women about the dangers of toxic shock syndrome.

The health crisis for Aimee Haller Follis, 37, started last May with symptoms that resembled the flu, she told The Sun newspaper in the United Kingdom.

She was admitted to Chester County Hospital with a 106.5-degree fever – she had become lethargic and dehydrated – and doctors quickly recognized signs of sepsis and potential organ failure, the newspaper reported.

Later, medical staff asked Follis about the timing of her last period – it was four or five days before the onset of systems, she said – and the possibility of TSS was raised, according to a FoxNews.com report:

“They got the on-call OB-GYN to do a physical examination and that’s when he found the actual infection in my cervix,” she said, adding that nobody on staff had seen a TSS infection before. “I said ‘what are you talking about?’ I didn’t know how severe it was and I credit that to the doctors in the emergency room.”

Follis told FoxNews that she had surgery and was prescribed three different antibiotics and medication to treat dangerously low blood pressure. She spent five days in the hospital’s intensive care unit after being told she could die, or face paralysis and other complications from the infection.

In fact, Follis was twice given Last Rites as family gathered for a last goodbye. She considers herself well now.

The FoxNews report included this bit of advice from Follis:

“Pay attention to your own body,” she said. “I knew I was sick – I was doing all the right things but still getting rapidly worse. It could’ve been too late for me but thank God, it’s not. Always question something if you’re unsure.”

While on her sick bed, Follis had what she called a "near death experience," she told The Sun, and saw dead relatives, including a cousin who committed suicide at the age of 16.

It was a comfort, Follis told The Sun:

“No one spoke to me but everyone was smiling and had a white light behind them. They were all there together. It was a very comforting experience. I was so happy to see them. I knew they were there. I knew where they were coming from, but I didn’t want to go there."