The scheme perpetrated by hackers in Nigeria went undetected for more than a year. Officials managed to recover $10.3 million in stolen funds 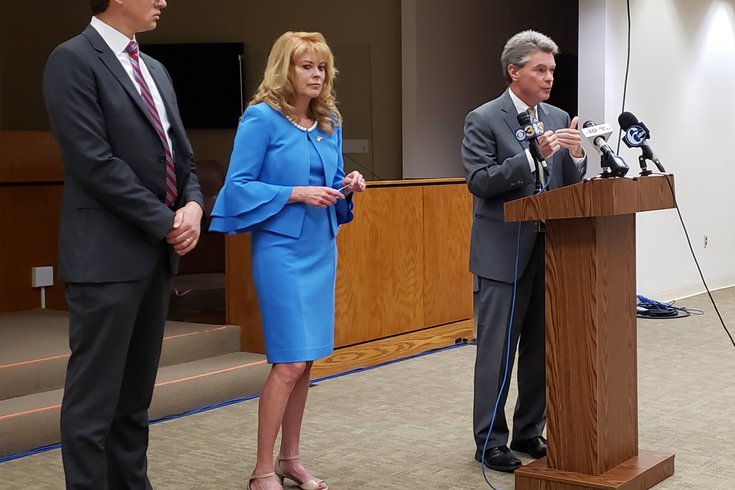 Although $3 million is still missing, the amount taken was initially much larger, authorities announced a press conference on Friday. They’ve managed to recover $10.3 million so far.

“This incident should serve as a reminder to everyone – government agencies, businesses, nonprofits, and ordinary citizens – to always be on the alert for cybercriminals and fraudsters,” said Pennsylvania State Treasurer Stacy Garrity.

The scheme began when scammers with ties to Nigeria hacked into the district’s email system and gained control of an employee’s account.

With the hacked account, they sent an official-looking email to the state Comptroller's Office. It requested that the department transfer the Pennsylvania Department of Education’s payments to the district into an account belonging to the hackers.

Between December 2020 and February 2021, the hackers received 25 payments meant for the district, the Delco Times reported.

To launder this money, the scammers preyed on a widow in Florida through a fake dating profile on the site EHarmony. Officials said she unwittingly acted as a “money mule” by moving the stolen funds into bank accounts and then using it to buy cryptocurrency.

The woman was also being scammed, authorities said. They also said that none of the district’s employees were implicated in the theft.

The Delaware County District Attorney’s Office began investigating in February 2021 after the district’s receiver reported that it had not received millions it had been expecting from the Department of Education.

Around the same time, the Pennsylvania Treasury flagged a request for $8.5 million as potentially fraudulent.

Officials there went through the past transactions linked to the scammers’ bank account and discovered the change made in December 2020.

They worked quickly to recall the stolen funds and managed to recover the $10.3 million, but they’re still working to get the other $3 million back.

No charges have been filed yet, but there’s currently a federal investigation into the scammers underway, Delaware County District Attorney Jack Stollsteimer said.

Although he was glad to have the $10.3 million back, the district’s receiver Nafis Nichols said the missing $3 million will have a negative impact on his students.

“Our District faces significant economic challenges, and we are doing our best to allocate as much money as possible to our classrooms and to provide adequate and appropriate staffing,” he said.

The district is working with its insurance provider to recoup the additional funds, but has also asked the state Department of Education for financial assistance.

In the meantime, the theft has sidelined the district’s plans for building improvements.

“The people who shouldn’t be victims here are the students of the Chester Upland School District, one of the poorest districts in Pennsylvania,” Stollsteimer said. “We need to convince the commonwealth and the Department of Education to make them whole.”

The district has been under a state-controlled receivership since 2012 due to its longstanding financial difficulties.

Both the district and the state are adding new layers of security to their computers systems in the wake of the incident.

Nichols said the district has implemented a two-step email login process, mandatory frequent password changes and new training for its IT department, the Inquirer reported.