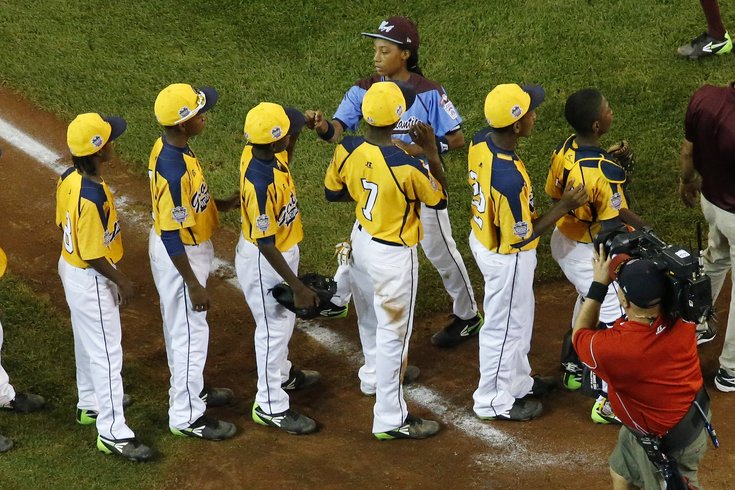 Little League baseball has stripped the U.S. title from the Jackie Robinson West team that ended the run of Mo’ne Davis and the Taney Dragons team in the 2014 Little League World Series, the organization announced Wednesday.

The vacated 2014 U.S. championship was given to Mountain Ridge Little League (Las Vegas).

According to a statement on the Little League website, the organization determined “that the Jackie Robinson West Little League and Illinois District 4 Administrator knowingly violated Little League International Rules and Regulations by placing players on their team who did not qualify to play because they lived outside the team’s boundaries.”

“For more than 75 years, Little League has been an organization where fair play is valued over the importance of wins and losses,” Stephen D. Keener, Little League International President and CEO, said in the statement. “This is a heartbreaking decision. What these players accomplished on the field and the memories and lessons they have learned during the Little League World Series tournament is something the kids can be proud of, but it is unfortunate that the actions of adults have led to this outcome."

Little League baseball said Jackie Robinson West Little League has been placed on probation, with its tournament privileges suspended until such a time that new leadership in the positions of president and treasurer have been elected or appointed and that the league is fully compliant with all Little League International Regulations.

“As our Little League operations staff learned of the many issues and actions that occurred over the course of 2014 and prior, as painful as this is, we feel it a necessary decision to maintain the integrity of the Little League program," Keener said. "No team can be allowed to attempt to strengthen its team by putting players on their roster that live outside their boundaries.”

In the U.S. semifinal game, Jackie Robinson West eliminated phenom Mo'ne Davis and the Taney Dragons Little League team from Philadelphia, 6-5, before beating the West team from Mountain Ridge Little League (Las Vegas), 7-5, to advance to the title game, where it ultimately lost to South Korea.

Little League said it began its investigation shortly after the conclusion of last year’s LLWS when an official from a neighboring district in Illinois first raised questions.

“Little League takes these matters very seriously and has spent countless hours gathering information about the many issues facing Jackie Robinson West Little League and Illinois District 4,” said Keener. “During our review, it became clear that both Jackie Robinson West officials and District Administrator, Mike Kelly signed documents to make players eligible who should not have been.”

This was the third time in 68 years a title had been stripped, the first coming in 1992 with the disqualification of Zamboanga (Philippines) City Little League and again in 2001 with Rolando Paulino Little League from Bronx, New York.