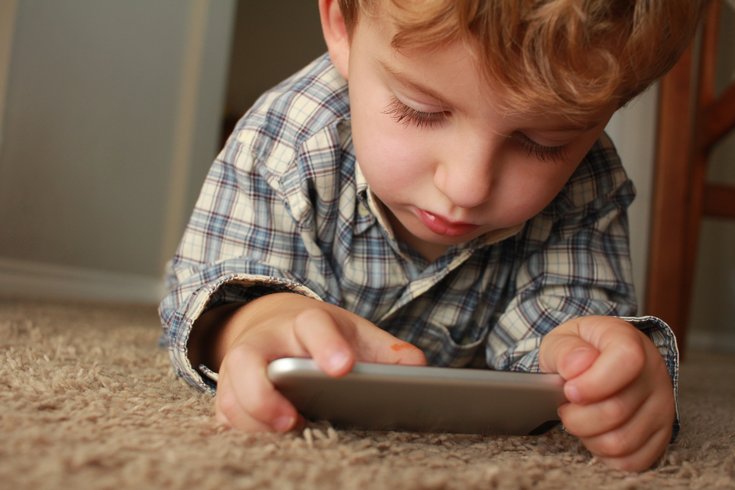 The vast majority of children in the United States get too much screen time, according to a study published by JAMA Pediatrics.

The American Academy of Pediatrics has established specific guidelines for the amount of screen time young children receive.

The recommendations – approved in 2016 – are designed to enhance brain development and avoid a number of complications linked to high screen time, including obesity, irregular sleep patterns, behavioral problems and the loss of social skills.

But it appears few parents heed those guidelines.

An estimated 87% of infants and toddlers in the United States are getting too much screen time, according to a study published Monday in the journal JAMA Pediatrics.

The AAP recommends parents avoid exposing their children to digital media until they reach 18 months. At that point, exposure should increase gradually, capping at two hours per day for children ages 2-to-5 years old.

Yet, researchers found the average infant receives 53 minutes of screen time each day. Children between ages 1 and 3 spend 2.5 hours per day watching television, using a computer or staring a mobile device.

Screen time keeps increasing until children hit school age, when it falls to less than 90 minutes per day.

"Our results indicate that screen habits begin early," senior author Edwina Yeung, an investigator in the epidemiology branch of the National Institute of Child Health and Human Development, said in a statement. "This finding suggests that interventions to reduce screen time could have a better chance of success if introduced early."

Unstructured play is of greater brain developmental value to young children than electronic media, according to the Mayo Clinic. Until a child hits 2 years old, they generally remember information better from a live presentation than via video.

In time, introducing some screen time can beneficial if it includes movement, music or stories. But health experts advise that it shouldn't replace play time, reading or problem-solving activities.

The AAP elaborates in its recommendations:

The AAP recommends parents prioritize creative, unplugged playtime for infants and toddlers. Some media can have educational value for children starting at around 18 months of age, but it's critically important that this be high-quality programming, such as the content offered by Sesame Workshop and PBS. Parents of young children should watch media with their child, to help children understand what they are seeing.

For school-aged children and adolescents, the idea is to balance media use with other healthy behaviors.

For the study, researchers analyzed data from the Upstate KIDS Study, which initially tracked the development of children conceived after infertility treatments and born in New York from 2008 to 2010. The study included the mothers of almost 4,000 children willing to answer questions about their children's screen habits at 12, 18, 24, 30 and 36 months old.

The study was conducted by researchers at the National Institutes of Health, the University of Albany and the New York University Langone Medical Center.