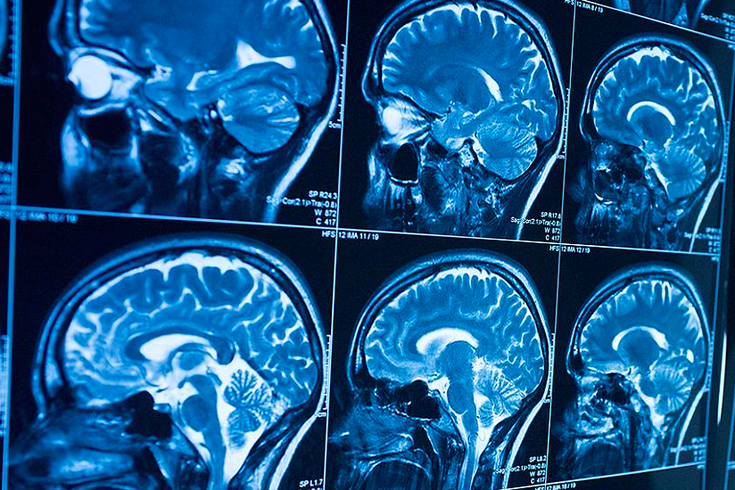 With a shift in diagnostic criteria raising the number of American children placed on the autism spectrum—and with families and professionals adjusting their approach to conceptualizing the disorder—researchers at the Children's Hospital of Philadelphia believe there may be promise in conducting brain scans to enable earlier detection of the condition.

The multi-site Infant Brain Imaging Study, funded by the National Institutes of Health (NIH), seeks to determine the predictive ability of functional connectivity magnetic resonance imaging (fcMRI) as a means of identifying brain activity patterns in six-month-old children who may be at risk to develop autism by two years of age.

“2017 has been a breakthrough year for decades of research aimed at detecting the earliest changes in the brain that are associated with autism,” said Robert T. Schultz, who leads the CHOP site at the Center for Autism Research. “This current study reveals the foundational patterns of brain function at age 6 months, which set in motion developmental processes that yield behavioral symptoms of autism by age 24 months. This is an astounding observation that could fundamentally change clinical practice.”

Current estimates say autism affects roughly 1 out 68 children in the United States, a rate that has climbed partly because fewer children are diagnosed with an intellectual disability. The neurodevelopmental disorder is about five times more likely to affect boys than girls, while younger siblings of those with autism have an approximately 7 percent higher chance of a diagnosis, according to an influential 2013 study.

“Previous findings suggest that brain-related changes occur in autism before behavioral symptoms emerge,” said Diana Bianchi, director of the National Institute of Child Health and Human Development. “If future studies confirm these results, detecting brain differences may enable physicians to diagnose and treat autism earlier than they do today.”

The bulk of the current study was conducted at the University of North Carolina at Chapel Hill and Washington University School of Medicine in St. Louis. Researchers focused on the brain's functional connectivity, examining how different regions work together during activity and rest.

With fcMRI, the research team scanned the brains of 59 high-risk six-month-olds—younger siblings of kids with autism—while they slept under natural conditions. Machine learning technology designed to parse through neuroimaging results was then used to make predictions about the children who would or would not develop autism.

By the age of two, 11 out of the 59 children in the study had been diagnosed with autism. The research team successfully predicted that nine of those children would develop autism and correctly identified all of the infants who would not. A second, computer-based analysis to test these results against other cases predicted diagnoses for groups of 10 infants at an accuracy rate of 93 percent.

In total, researchers found 974 functional connections in the brains of 6-month-olds that were associated with autism-related behaviors, suggesting brain scans could be an accurate way to predict autism in high-risk infants.

The full study, published in the June 7 issue of Science Translational Medicine, can be accessed here.