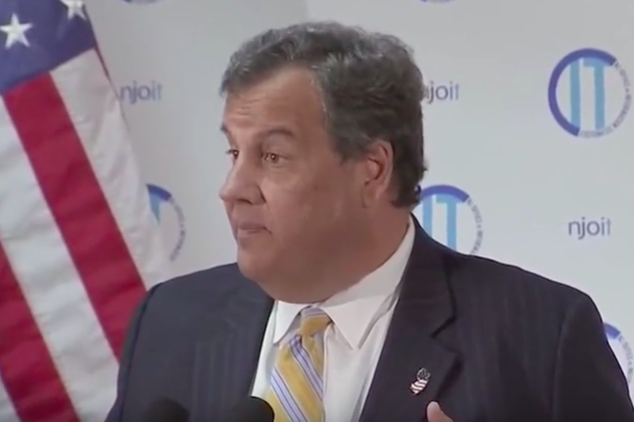 New Jersey Gov. Chris Christie's days in office may be approaching the end, but that isn't stopping him from offering his opinion on the boundaries of an increasingly hostile political climate in the United States.

During an appearance in Trenton Thursday, Christie was asked about the widely condemned photoshoot in which comedian Kathy Griffin held up a bloody replica of Donald Trump's severed head.

Christie, who backed Trump's 2016 candidacy after his own presidential bid unraveled, said at a news conference that Griffin should be blackballed from here forward, NJ.com reports.

"She's disgusting," Christie said. "And it's completely outrageous. I don't think anybody should hire her again for anything."

Griffin posted a public apology after backlash against the Tyler Shields photo swept the nation, costing the comedian both her CNN "New Year's Eve Live" gig with Anderson Cooper and a sponsorship deal with Squatty Potty.

I am sorry. I went too far. I was wrong. pic.twitter.com/LBKvqf9xFB

"For some reason," Christie said Thursday, "it seems to be two standards applied here."