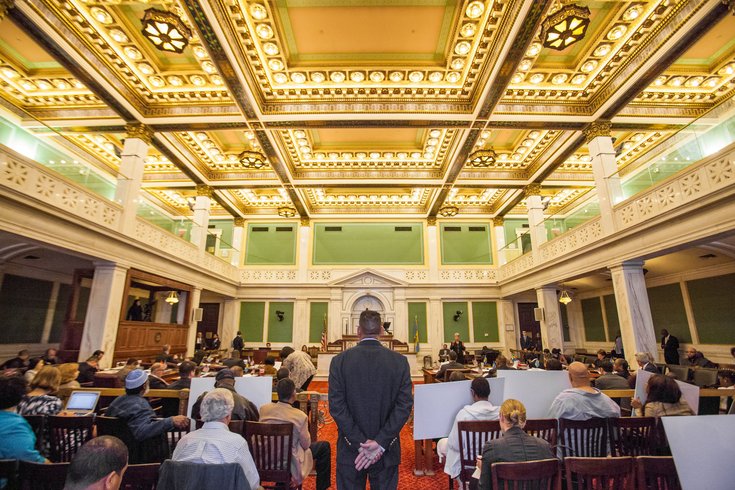 Philadelphia's City Council called on the Pennsylvania legislature and the state Supreme Court on Thursday to take steps that would ultimately do away with the state's cash bail system.

Council passed a resolution that asks lawmakers and the high court to "revise state laws and procedure codes governing bail to allow for the elimination of cash bail statewide." If this is not doable, council at least asks the state to eliminate cash bail in Philadelphia.

The resolution, introduced by Councilman Curtis Jones, asks the state to grant an exemption from the state's bail law for "cities of the first class." Philly is Pennsylvania's only first-class city, which is characterized by state law as a city with a population greater than 1 million.

The state's cash bail system keeps thousands of people incarcerated for minor offenses who can't afford to pay for their release before trial.

But calls to eliminate bail in Philly have grown in recent years, with proponents of the change often pointing to Washington D.C.'s no-bail system.

Jones has led legislative efforts on bail reform in Philly, and touted a no-bail system in an interview with PhillyVoice in 2016.

"I think we are at a time in Philadelphia where people are coming to the table sincerely wanting to change the criminal justice paradigm," Jones said.

In October, then-City Controller Alan Butkovitz released a study that found the city could save as much as $75 million annually if cash bail is eliminated here. At the time, Butkovitz estimated that removing cash bail would drop Philadelphia's prison population from about 6,500 inmates to less than 4,700, and that about 33 percent of 4,359 total offenders held pretrial in the city's jails were there because they couldn't afford their bail.