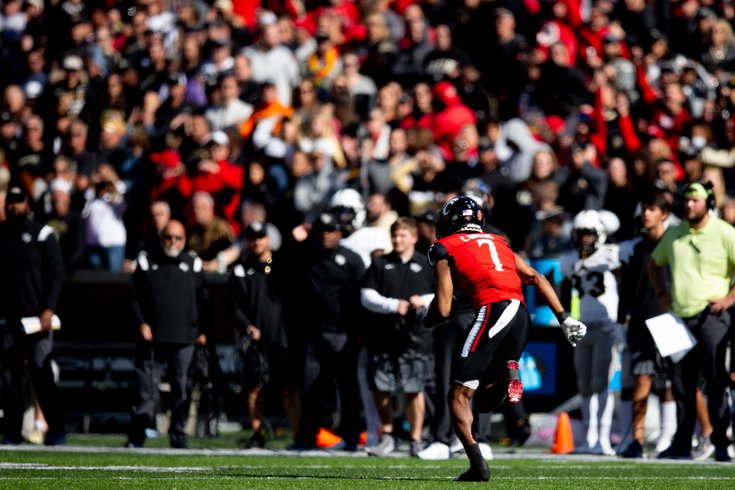 Johnson caught my eye earlier this season, when he was disruptive all night in a game against Notre Dame. As you'll see in the video below, Johnson played all over the line. Right side, left side, hand in the dirt, standing up as a 3-4 OLB, and even over the nose. That versatility should be appealing to the Eagles.

Coming out of high school, Johnson had bad grades and was academically ineligible for scholarship offers. He played a couple of years at a JUCO school, excelled on the field, got better grades, and transferred to Georgia. He was productive in a rotational role, but transferred to Florida State, where he could get more playing time.

In 2021, Johnson has 10.5 sacks and 2 forced fumbles. He has good speed, an assortment of pass rush moves, and as noted above, the ability to play in multiple schemes. Day 2 guy, in my opinion.

McDonald is an under the radar pass rusher prospect who has racked up 10 sacks and 4 forced fumbles in 2021 after a 2020 season in which he posted 10.5 sacks and 2 forced fumbles. He has speed, twitch, and impressive change of direction. A quick taste:

As you can see from the below (unofficial) stat, he's atop the big boy 2022 pass rusher prospects in generating pressure in obvious pass rush situations.

The issue with McDonald is that he's a liability against the run, and as a down lineman, can only be a situational pass rusher at the next level, unless his run defense improves substantially. However, for the Eagles' purposes, McDonald has shown that he can drop into coverage.

Watch Will McDonald drop to take away the flats and then make the open field tackle to help his teammate. Again, versatile. pic.twitter.com/lUyXiXAOnu

He could perhaps be a candidate for the SAM position currently being wasted on Genard Avery. In that role, he wouldn't often be asked to hold the point of attack at the line of scrimmage against the run and could use his athleticism to attack.

The Eagles haven't had much luck with safeties turned project linebackers (JaCoby Stevens, Nate Gerry, Kamu Grugier-Hill, etc.), but they seem determined to make one pan out.

The Bearcats have an outstanding cornerback duo in Ahmad "Sauce" Gardner and Bryant, who has racked up 9 INTs and 35 pass breakups over the least four seasons. A highlight reel:

The Kobe Bryant references will get annoying really quickly, but Coby Bryant is a smart corner who excels in zone coverage, and would be an easy fit in Jonathan Gannon's defense.

Smith is a fun prospect in that he played LB as a junior (48 tackles, 5 for loss, and a sack), but is now having a huge senior season as a running back, as he is fifth in the nation with 1203 rushing yards on 7.3 yards per carry. He has good size, good enough speed, and he's a physical "get it and go" runner.

Smith would give the Eagles a Jordan Howard-like style, but with fresh legs, and obviously with his experience playing defense could also be an immediate contributor on special teams.