If signed by the Mayor, the bill would require employers to provide transit benefits through a pre-tax payroll deduction or company-purchased fare passes 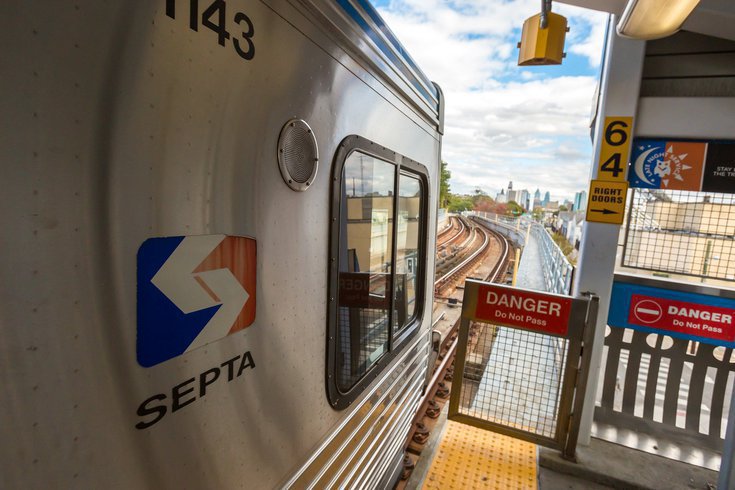 Philadelphia employers will soon be required to provide commuter benefits to workers, as Councilmember Helen Gym's bill to save workers' money and improve SEPTA ridership passed on Thursday. It heads to Mayor Jim Kenney's desk, and if signed, will be implemented by 2023.

Philadelphia employers will soon be required to provide commuter benefits to workers traveling into the city amid its ongoing pandemic recovery, as City Council passed a bill Thursday as part of a larger effort to improve public transit ridership.

The legislation, introduced by Councilmember Helen Gym in April, heads to Mayor Jim Kenney's desk for signature and approval before it can be utilized by Philadelphia companies with 50 or more employees.

The bill would enable employers to provide commuter benefits in one of two ways. The first would utilize a pre-tax payroll deduction of expected commuting costs, which could be separated from an employer's regular paycheck to be used exclusively for transit. Another would be an employer-paid benefit, where companies supply workers with pre-loaded SEPTA Key Cards for commuting.

Additional benefits offered through the bill would include those who commute by bike to work each day. Qualified expenses for storage and maintenance of bicycles would be covered or reimbursed through the benefits program.

The bill is part of a broader initiative aiming to save residents money on commuting as the city continues to recover from the pandemic. As workers return to office buildings throughout the city, both Gym and the Office of Transportation, Infrastructure and Sustainability hope that expanding benefits for commuting will enable more Philadelphians to use SEPTA to get to work each day.

The bill also seeks to reduce traffic congestion caused by people opting to drive in to the city, rather than using public transit. Doing so would also decrease overall carbon emissions in the city, which would serve its goal of zero emissions by 2050.

A spokesperson for the Mayor's Office told the Philadelphia Business Journal that Kenney expects to sign the bill after it is reviewed by the city's law department.

With the passage of my Commuter Benefits legislation, we will help working families save money and bolster our transit networks, all while reducing congestion on our roads. pic.twitter.com/nu0z3QJX3M

Employees who worked at least 30 hours per week for the same employer in Philadelphia over the last year would be eligible for the benefit. Employers with 50 or more employees would be required to add the transit benefit to their typical benefits package, including companies not headquartered in Philadelphia, so long as they have at least 50 workers living in the city.

If signed by the Mayor, the law would be in effect beginning on Dec. 31, and commuters would be eligible for the benefit beginning in January 2023.

"The health and safety of our city and our planet requires wide use of public transit," said Councilmember Kendra Brooks, who co-sponsored the legislation. "In order to increase public transit ridership, we must make SEPTA and other forms of green travel like bicycle commuting affordable and accessible for all."

Commuter benefits plans have become more common in major cities like Washington, D.C. and New York City in recent years, particularly among large employers. Most of those cities require employers with 20 or more employees to provide the benefit in order to dissuade people from driving and amping up traffic congestion.

Still, efforts to improve SEPTA's ridership have continued steadily throughout the last six months as the city continues to recover from the economic impacts of COVID-19. Fare discounts amid rising gas prices and service increases have been utilized in order to encourage people to use public transit.

In March, Drexel, Wawa and Penn Medicine agreed to purchase unlimited SEPTA passes for workers through a six month pilot program. A SEPTA spokesperson said that the institutions bought 15,600 total passes to implement the program.