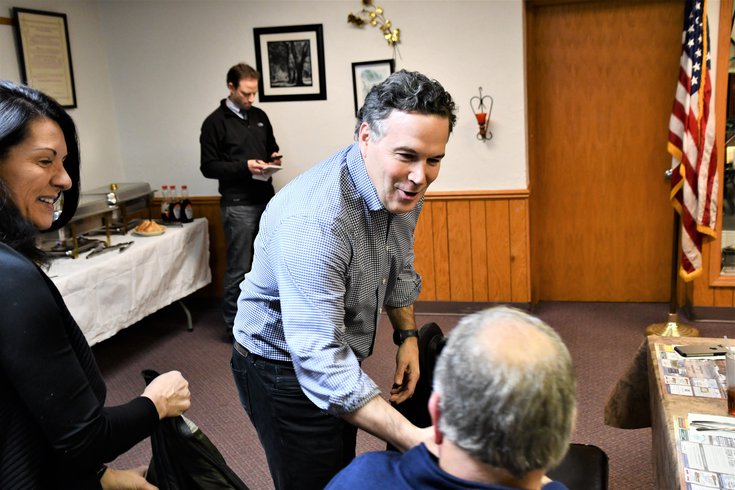 Republican David McCormick fell short in the party's 2022 primary for U.S. Senate in Pennsylvania, but state GOP leaders believe he's in position to run again in 2024.

As Pennsylvania prepares for a primetime U.S. Senate race between Mehmet Oz and John Fetterman, some Republicans already are looking ahead to 2024 and a chance to unseat three-term Democratic Senator Bob Casey. They think David McCormick, who gave Oz a run for his money in last month's Republican primary, should be fast-tracked as the GOP candidate for the job.

The former hedge fund CEO and U.S. Army veteran conceded to Oz last week in an extremely tight primary race that had triggered an automatic recount in Pennsylvania.

Expecting to come up just short in the recount, McCormick opted to bow out of the race, backing off his legal challenge over the question of counting undated mail ballots. The U.S. Supreme Court this week affirmed a lower court ruling to count such ballots, which McCormick's campaign had supported, but by then Oz was already onto the race against Fetterman, with McCormick's support.

Pennsylvania GOP sources who spoke with Politico's Holly Otterbein said they hope to see McCormick recharge for a run against Casey two years from now.

Rob Gleason, the former chair of Pennsylvania's Republican Party, remarked that McCormick has "100% name ID" and is "going to have the finances" to mount another run in two years.

The Republican primary for the U.S. Senate seat being vacated by retiring Pat Toomey was an expensive and heated race. Oz and McCormick alone spent more than $20 million combined on campaign ads, both bolstered by Super PACs and their deep connections in politics and business.

McCormick had campaigned as an "America First" candidate, more pro-gun and anti-abortion than Oz, and hired key former staffers on Donald Trump's 2020 reelection campaign. Trump, who had praised McCormick in the past, ultimately endorsed Oz and accused McCormick of being an establishment candidate aligned with special interests in Washington.

The fact that McCormick still managed to strike within 1,000 votes of Oz, prior to the recount, reportedly impressed many in the party who believe McCormick will be in position to challenge Casey. Their hope is that Democrats will be vulnerable in 2024, based on current economic headwinds in the United States.

Casey took office in 2007 and has not been seriously tested by previous GOP challengers. In 2018, Casey easily defeated businessman and former U.S. Rep. Lou Barletta by more than 13 percentage points.

"While Republicans wring their hands about an election 2.5 years away, Senator Casey is going to keep building on his long record of delivering for Pennsylvania’s working families in Washington," Casey spokesperson Natalie Adams told Politico.

When Casey entered the Senate, he was seen as more moderate at the time, particularly on the issues of abortion and gun control measures. Casey's voting record in more recent years has been more favorable to abortion rights, and this week he wrote an op-ed for the Washington Post calling on Senate colleagues to shift their thinking on gun legislation after the school shooting Uvalde. Casey became more supportive of gun reform in the wake of the Sandy Hook school shooting in 2012.

“A decade ago, I changed my position because I didn’t want to see Americans dying every day without doing something about it," Casey wrote. "I shouldn’t be alone. Our children are depending on us.”

In campaign ads for this year's GOP primary, both McCormick and Oz appeared with firearms and pledged their support for the Second Amendment. Democrats have had a harder time campaigning for gun reform, setting up an issue that will be important to watch in the race between Oz and Fetterman, a gun owner who wants to see legislative change.

McCormick, who moved from Connecticut to the Pittsburgh area after declaring his Senate candidacy, reportedly plans to remain in the state with his wife, Dina Powell, and is expected to soon meet with Republican leaders around the state. Both he and Oz had been criticized for their out-of-state residences prior to running for Senate in Pennsylvania.

McCormick grew up in southwestern Pennsylvania and spent parts of his adult life in Pittsburgh before he first joined Bridgewater Associates as president in 2009. The hedge fund is based in Connecticut.

"This is my home. This is our home," McCormick said when he conceded earlier this month. "This is where my dreams were launched and this is where we plan to have a future. I'll talk a little more about the future at some other time."