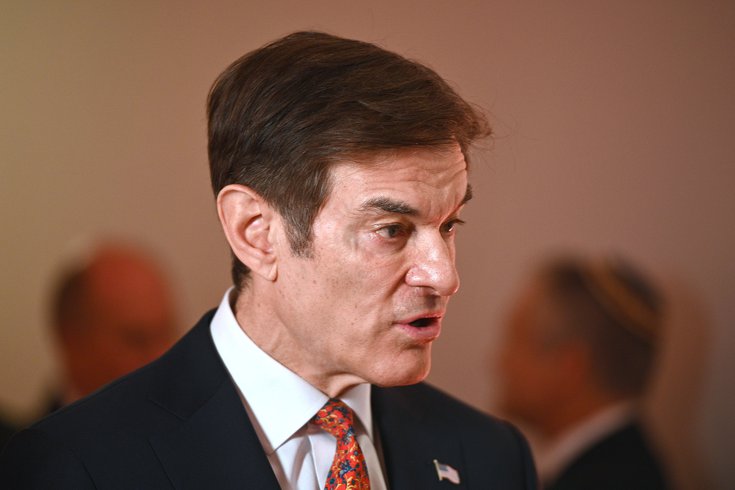 Dave McCormick has conceded to Mehmet Oz, above, in Pennsylvania's Republican primary for U.S. Senate. Oz will face Democratic nominee John Fetterman in the general election in November.

Facing likely defeat in Pennsylvania's automatic recount, Dave McCormick conceded on Friday to Mehmet Oz in the Republican primary for U.S. Senate. Oz will now gear up for what will be a closely watched battle with Democratic nominee John Fetterman in the November election.

The tight race between Oz and McCormick – the two candidates were separated by less than 0.5% of the votes – triggered an automatic recount last week. McCormick, who trailed by about 1,000 votes, said Friday that he had called Oz to congratulate him on the victory, putting aside a legal fight over the validity of undated mail ballots.

"It's now clear to me with the recount now largely complete that we have a nominee," McCormick, the former hedge fund CEO, said Friday at a campaign party in Pittsburgh, the Associated Press reported.

Oz, the retired heart surgeon and TV personality, tweeted Friday afternoon that he is prepared to turn his attention to Fetterman.

I received a gracious phone call from David McCormick and am tremendously grateful for his pledge of support in the fall election. We share the goal of a brighter future for Pennsylvania & America.

Now that our primary is over, we will make sure that this U.S. Senate seat does not fall into the hands of the radical left, led by John Fetterman.

I look forward to campaigning in every corner of the Commonwealth for the next five months to earn the support of every Pennsylvanian.

Oz was endorsed by former President Donald Trump, who urged skeptical conservatives that Oz is the party's best candidate to keep the seat in Republican control. Two-term GOP Sen. Pat Toomey's impending retirement has made the Senate race in Pennsylvania among the most pivotal contests taking shape in November.

The open seat in Pennsylvania is one of seven in 2022 being vacated by incumbents – six of them Republicans – who decided not to seek reelection. The partisan balance of the U.S. Senate is effectively dead even – 50 Republicans and 48 Democrats, plus two independent Senators who caucus with the Democrats. In deadlocked votes, the Democrats have the edge with Vice President Kamala Harris casting the tiebreaker.

Pennsylvania's other U.S. Senate seat is held by Democrat Bob Casey, who took office in 2007 and will be up for reelection in 2024.

A total of 35 U.S. Senate seats are up for grabs in November. Among them, 15 seats are held by Republicans and 13 by Democrats running for reelection, in addition to the elections with no incumbents running.