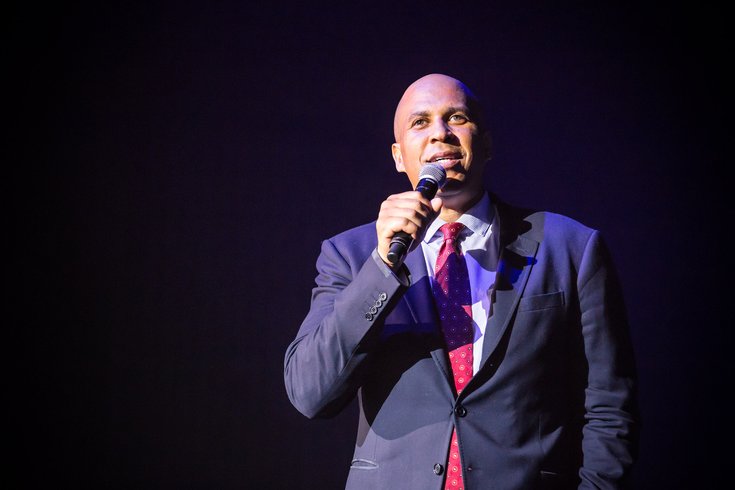 Sen. Cory Booker (D–N.J.) blasted Department of Homeland Security Secretary Kirstjen Nielsen in a Senate Judiciary Committee hearing on Tuesday after she testified that she "did not hear" President Donald Trump describe Haiti and some African nations as "sh*t-hole countries" last week.

"Your silence and your amnesia is complicit," Booker, a Democratic U.S. senator from New Jersey, told Nielsen.

"Right now, in our nation, we have a problem."

Nielsen, speaking under oath, told the committee that Trump had used "tough language" in a private Oval Office meeting with lawmakers last Thursday.

Trump and those who attended the meeting reportedly discussed protecting immigrants from Haiti, El Salvador and African countries as part of a bipartisan immigration deal.

"Why are we having all these people from sh*thole countries come here?” Trump asked, according to an initial Washington Post report on the meeting.

But when being asked by Sen. Patrick Leahy, (D-Vt.),  if Trump had used vulgar language to describe certain questions, Nielsen said she "did not hear that word used."

Nielsen and some Republicans who were in the room at the time have disputed The Post's report.

Sen. Dick Durbin, an Illinois Democrat who confirmed the report on the record last week, stood by his account of what was said in an interview with CNN's Jake Tapper on Tuesday.

Booker told Nielsen that he had "tears of rage" when Durbin spoke to him about Trump's alleged comment after the meeting.

"I hurt," he said. "For you not to feel that hurt and that pain and to dismiss some of the questions of my colleagues, saying that 'I've already answered that line of questions' when tens of millions of Americans are hurting right now because they're worried about what happened in the White House, that's unacceptable to me."

Booker, who became the first black U.S. senator from New Jersey in 2013, indicated that he has received death threats because of his race.

"There are threats in this country, people plotting. I receive enough death threats to know the reality," he said, adding that U.S. Sens. Kamala Harris from California and Mazie Hirono from Hawaii have also received threats.

"I've got a president of the United States, whose office I respect, who talks about the country's origins – my fellow citizens – in the most despicable of manner," he added.

"You don't remember, you can't remember the words of your commander-in-chief. I find that unacceptable."

He started by saying that Trump's alleged comments were "very personal" to him and that he was "seething with anger" over it.

"When the Commander-in-chief speaks or refuses to speak, those words just don't dissipate like mist in the air," he said.

"They fester. They become poison. They give license to bigotry and hate in our country."

A full clip of Booker's response to Nielsen's testimony can be found below: