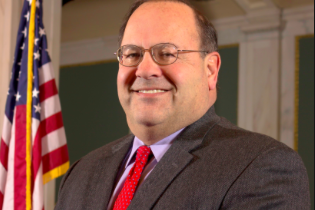 Philadelphia City Councilman Alan Domb has proposed a 20-year tax abatement properties citywide that are valued under $250,000, part of an initiative to incentivize development and eliminate blight.

Domb, a realtor by trade, was elected to an at-large Council seat in November. The proposal, he says, would extend Philadelphia's existing tax abatement another ten years and would ideally encourage residents to take advantage of properties that need improvement in neighborhoods outside Center City, according to Curbed Philly.

In its current form, the tax abatement enables homeowners and developers to waive taxes on specific upgrades to their properties as long as they require a building permit. An addition to a home, for example, is exempt from property taxes for the duration of the abatement. More significantly, if a developer constructs a home or condominiums on a vacant lot, they are free from paying real estate taxes for a full 10 years.

Domb's proposal calls for extending the property tax amnesty to 20 years, meaning any new or improved properties in Philadelphia valued under $250,000 would not be taxed for another 20 years – not just an extra ten years.

"This isn’t so much for builders and developers," Domb told Philly Curbed. "The real reason to do this is that someone can fix a blighted home and change a neighborhood from both an economic and lifestyle standpoint."

Domb and other tax abatement advocates point to a 2014 study that demonstrated the policy's success in the Brewerytown Square development, where Philadelphia recouped $2 for every $1 of lost property tax revenue. Because Domb's targeted neighborhoods don't often receive the kind of private investment found in Center City, he believes an extended tax abatement will effectively reduce blight and drastically raise property values on blocks around the city.

The proposal also comes as the Philadelphia Land Bank expands its haul of vacant lots and gains momentum as a conduit for residents and developers to acquire abandoned properties.

Early critics of the proposal, such as Philadelinquency's Christopher Sawyer, argue that 20 years is simply too long of a period for Philadelphia to forgo property tax revenue. Sawyer notes that other factors, such as higher building material and construction costs, will subtly increase the list prices of any new properties, more so than an extended tax abatement may anticipate. As an alternative, he calls for streamlined property assessments that act as a de-facto tax abatement when deeds change hands.

Pennsylvania state law requires municipalities to collect taxes uniformly for all types of properties, meaning Domb's proposal will ultimately need to be approved by the Pennsylvania General Assembly to grant an exception.