Despite fears of a 'twindemic,' influenza cases remain remarkably low

The flu season has been the least severe in decades. Infectious disease experts are seeking to determine why 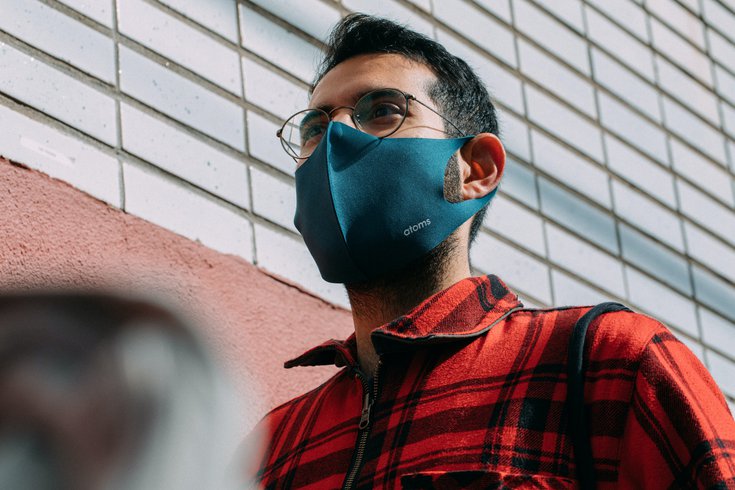 Will Americans continue to wear face masks during future flu seasons, even after the COVID-19 pandemic ends? Infectious disease specialists say it should be considered.

After the first COVID-19 cases prompted widespread lockdowns in the United States last March, public health officials began warning about a possible "twindemic" of influenza and the coronavirus.

Though COVID-19 cases indeed surged at the holidays, the flu season never fully materialized. Instead, a historically low number of cases has left experts questioning what that means for future flu seasons.

The flu season generally starts in October and goes into May, with peak activity between December and February. Influenza causes as many as 45 million illnesses, 810,000 hospitalizations and 61,000 deaths each season, according to estimates from the U.S. Centers for Disease Control and Prevention.

Dr. Thomas Fekete, who chairs the Department of Medicine at Temple Health, told PhillyVoice that he doesn't remember ever seeing such a dramatic decline in flu activity. Temple Hospital hasn't seen a flu case within the last month, he said.

Similarly, Cooper University Health Care in South Jersey has had less than 10 admissions for flu throughout the entire season, according to Dr. Henry Fraimow, an infectious disease specialist.

"We had a sort of warning that this might happen when Australia, Brazil and other countries in the Southern Hemisphere weren't seeing any flu cases during their wintertime," he said.

Cases of other respiratory viral illnesses have fallen too. Though there is still a chance that flu cases will pick up before May, infectious disease specialists say it is looking less likely.

Where did the flu go?

The reasons for this surprising flu season —  the lowest in decades — aren't completely understood, but there are a few possible factors.

The flu is a respiratory illness — just like COVID-19, though it is not as contagious. Given that, the mitigation efforts being taken to slow transmission of the coronavirus — wearing face masks, frequent hand washing and social distancing — could be working better against the flu, Fraimow said.

Everything from the closing of schools —  traditional hotspots for flu transmission — to more people working from home and fewer people traveling have all probably played a role in the low flu activity.

However, the mitigation efforts don't completely explain what is happening because the U.S. is seeing the same low trends across states with different levels of COVID-19 restrictions, he said.

Other experts have suggested that the big push for Americans to get vaccinated against the flu during the pandemic may be another factor. More than 193 million doses of the flu vaccine had been distributed in the U.S. by Jan. 15 — the highest number of any flu season, according to the CDC.

With so many possible contributing factors, there are still more questions than answers at this point. The only true consensus among experts is that they really don't have a clear understanding of what is driving the low flu activity.

The future of the flu

One of the biggest unanswered questions is what this all means for future flu seasons.

Some experts have suggested that the reduced flu circulation might make it harder for scientists to pick the right strains for next year's flu vaccine. They also have worried that there will be less immunity to certain influenza strains, which could mean that people will have more severe infections next year.

But a bigger determinant of the severity of future flu seasons may be how much the flu virus has mutated, Fraimow said. If there is a completely different strain circulating next year, then everyone is equally at risk, regardless of whether they had a flu infection this.

Another lingering question is whether COVID-19-like precautions should continue during upcoming flu seasons — even after the pandemic has ended. Doing so may help limit transmission. Most experts have said it is not practical to keep all of them, but some may be worth keeping.

For instance, people may think to stay home more when feeling ill than they did before the pandemic. Employers might be more supportive of their employees taking time off when they aren't feeling well.

But what about mask wearing?

In Asian countries, mask wearing was common during respiratory virus season before the COVID-19 pandemic. Only time will tell whether that becomes widespread practice in the U.S.

"We know masking works," Fraimow said. "We knew it during the 1918 flu pandemic. Whether people will buy into it if its just for the flu, I don't know."

Fekete was skeptical. He said he suspects most people will ditch the masks, though some people who feel vulnerable to the flu may keep wearing them.

Infectious disease specialists have said they will be watching what happens with flu cases as COVID-19 restrictions continue to be lifted. Any upsurge in cases may help explain which COVID-19 mitigation strategies have had the most impact on flu transmission.