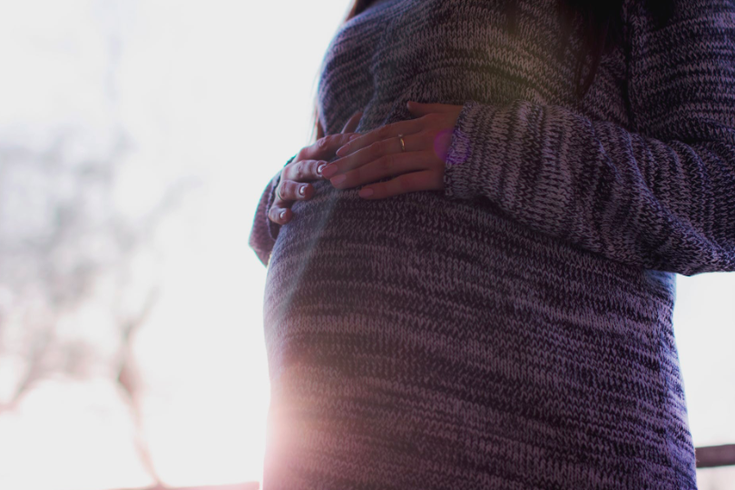 The coronavirus pandemic has led many women to reevaluate decisions about when and whether to have children, according to survey results from the Guttmacher Institute.

As the coronavirus pandemic continues to cast uncertainty on the future, a survey on the early impacts of the crisis finds that many women have altered their plans for having children.

The Guttmacher Institute, a policy and research organization focused on sexual and reproductive health, released results this week from a national survey on women's attitudes during the COVID-19 crisis.

More than 40% of women reported that they have they have changed their plans about when to have children or how many children they want to have in the future. One-third of women (34%) said they wanted to get pregnant later or wanted fewer children because of the pandemic.

Among those who responded to the survey — 2,009 women between 18 to 49 years old — there were some notable disparities in the demographics of these answers.

Women without any children (45%) were more likely than those with at least one child (38%) to expresses changes in their fertility preferences.

The results are similar to findings of a Guttmacher survey conducted during the 2008 recession, when changes in these preferences were reported at comparable rates among a subset of women 18 to 34 years old. During the COVID-19 crisis, however, more women said they were more careful than previously about contraceptive use, and more said they had appointments for contraceptive care delayed. 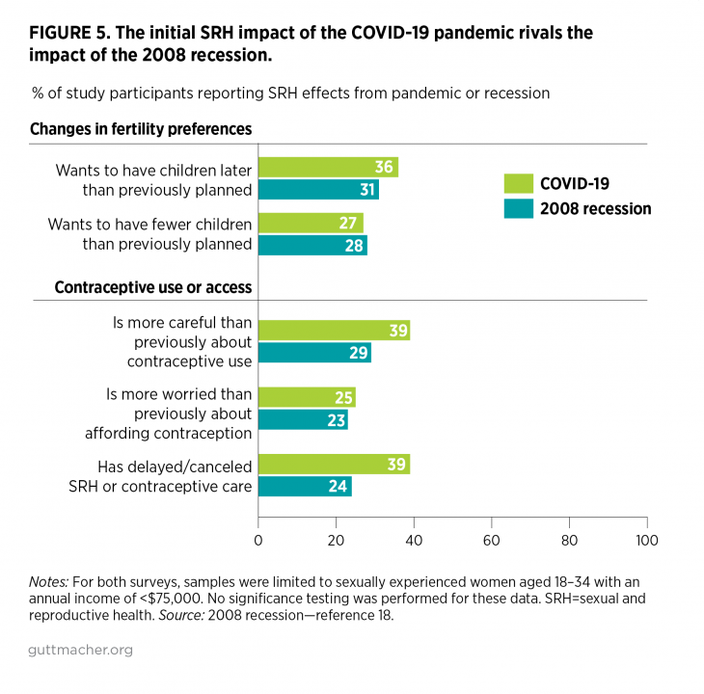 Source/Guttmacher Institute
"Even in the short period covered by our survey, the COVID-19 pandemic has already had an impact on women’s sexual and reproductive lives," the survey researchers said. "It has affected their ability to obtain needed (sexual and reproductive health) care and contraceptive services, raised their concerns about affording and accessing this care and shifted their fertility preferences."

While the preferences reported in the survey suggest there won't be a COVID-19 baby boom, the researchers predicted there may be a greater need for abortion services. Barriers to accessing these services may lead to an increase in births from unintended pregnancies.

The Guttmacher Institute urges policymakers to treat sexual and reproductive health care as an essential service during the COVID-19 crisis and not overlook how its early effects could worsen circumstances in this area for large groups of women.

"These effects have not been evenly distributed and tend to be felt by groups bearing the brunt of existing inequities," researchers said. "In this way, the pandemic has illuminated systemic failings that perpetuate health and social disparities."