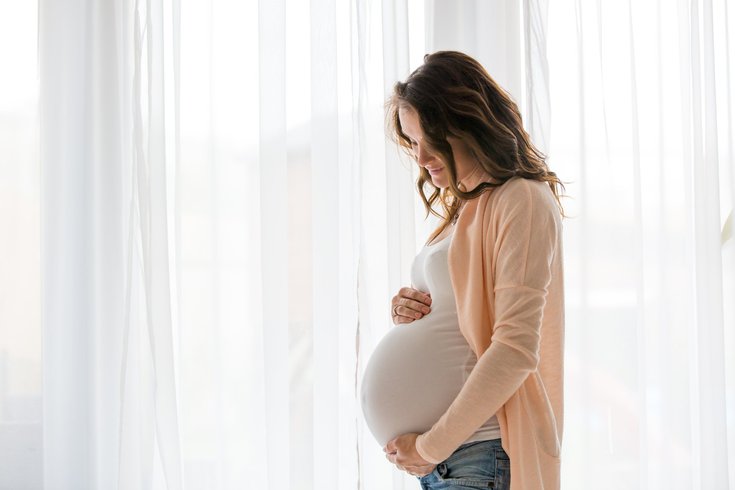 Research shows that the COVID-19 vaccine is effective for pregnant and nursing women and that they could pass protective antibodies to their babies.

Until now, there was little to no research or information on how effective the COVID-19 vaccine would be on expectant mothers.

A recent study published in the American Journal of Obstetrics and Gynecology found that Pfizer and Moderna's COVID-19 vaccines were effective among pregnant and nursing women — and could pass protective antibodies to their newborns.

Researchers monitored 131 women that received either Pfizer or Moderna's shot from Dec. 17, 2020 to March 2, 2021, CNN reported. Eighty-four of the participants were pregnant, 31 were lactating and 16 were not pregnant.

They found that the antibody levels, created by the vaccine, were equivalent among pregnant, lactating and non-pregnant women. Researchers found no evidence of increased side effects from the vaccine in pregnant women than the general population.

"These vaccines seem to work incredibly effectively in these women," said one of the researchers, Galit Alter, a professor of medicine at the Ragon Institute.

Protective antibody levels were also detected in the breast milk and placenta, meaning the women passed them on to their newborns. Though, researchers said they still need to monitor how long the antibodies last in the newborns.

"Nearly all the moms were getting a pretty decent level of antibodies to their babies," said Alter.

Alter also said that the women that received the Moderna vaccine had higher IgA antibodies, which could be better transferred to babies and last for a longer period of time.

The Centers for Disease Control and Prevention said the risk of severe illness and adverse outcomes are higher for those pregnant and COVID-19 positive. It's currently working on a large study on the effects of each of the vaccine candidates on 13,000 pregnant women.

The researchers of this study came from Massachusetts General Hospital, Brigham and Women's Hospital and the Ragon Institute of MGH, MIT and Harvard.

This study was the largest on the effects of vaccines on pregnant women. The vaccine's clinical trials did not include pregnant or lactating women.