The latest entry in the 'Rocky' spin-off saga is slated for a March 3, 2023 release 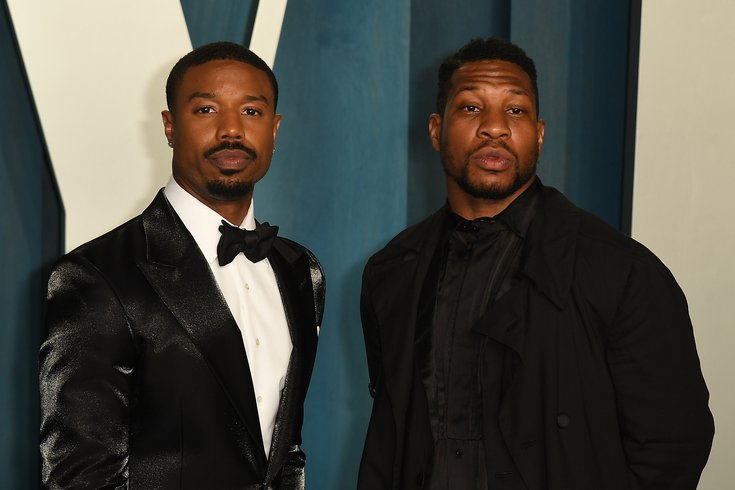 Official posters for "Creed 3," the latest installation in the "Rocky" spin-off saga, tease a battle between Michael B. Jordan's Adonis Creed and a new on-screen adversary played by Jonathan Majors. The film, which will mark Jordan's directorial debut, is slated for a March 3, 2023 release.

The third installation of the "Rocky" spin-off will once again follow Apollo Creed's son as he takes on a new opponent that could have some links to his past. The MGM film, Jordan's directorial debut with a script written by Zach Baylin and Keenan Cooglerand, is slated for a March 3, 2023 release.

The official "Creed 3" Twitter account revealed two posters for the upcoming movie on Monday morning, featuring Jordan and Majors sitting in their respective corners of the boxing ring.

The caption reads "You can't run from your past," hinting that Majors' character could have some previous connection to Creed.

Not much is yet known about Majors' adversarial character, besides the name Damian "Dame" Anderson, but the actor did tease that he has dealt with some past trauma that influenced him to become stronger.

"There are certain reasons you build your body,” Majors told Men's Health. “Dame’s body was built from loss. He had lost something, and that hole is what made him work the way he worked. When you see Dame’s body, you go, 'Oh, that makes sense.' You don’t look like that and be happy with life.”

Majors skyrocketed to fame through roles in "The Last Black Man in San Francisco," Netflix's "Da 5 Bloods" and the HBO series "Lovecraft Country." He is also entering the Marvel Cinematic Universe as supervillain Kang the Conqueror, with a cameo in last summer's "Loki" and an upcoming role in "Ant-Man and the Wasp: Quantumania."

Jordan has some experience being a Marvel villain as well – he played Erik Killmonger in the 2018 smash hit "Black Panther."

Tessa Thompson and Phylicia Rashad are reprising their roles, while Sylvester Stallone is not set to return as Rocky Balboa in this film. Despite his on-screen absence, his iconic character is sure to be represented in other ways.

"We really want fans to be interested in Adonis and what that story has to say," Jordan told Yahoo! Entertainment in 2021. "There's going to be so many Rocky-isms that are forever going to stay with Adonis as he moves forward. So as far as page space, or whether or not Rocky comes back for this one, this is the 'Creed' franchise moving forward."

"Creed" was released in 2015 and saw Jordan's character, son of Apollo Creed, as an up-and-coming boxer who must travel to Philadelphia to seek mentorship from his father's old friend and rival, Rocky Balboa. "Creed II" came out in 2018, and saw Creed battling Viktor Drago, the son of the Russian boxer who killed his father. The third installment was originally slated for a November 2022 release, before being moved to March of next year.

A "Creed" spin-off centered on Russian boxers Viktor Drago and his father, Ivan, is also in the works, although Stallone is not involved with it and is currently feuding with producers for his right to Rocky cinematic universe projects.

Rocky fans can currently see the beloved Philadelphia boxer in a musical version of the 1976 cult classic, "Rocky, the Musical." The show is based on a book co-written by Stallone and is showing at Walnut Street Theatre through the end of the month.