Walnut Street Theatre to give out free cheesesteaks, beer with tickets for 'Rocky, the Musical'

The deal applies to the first 100 customers who purchase them in-person on Sept. 12; The show runs Oct. 4-30 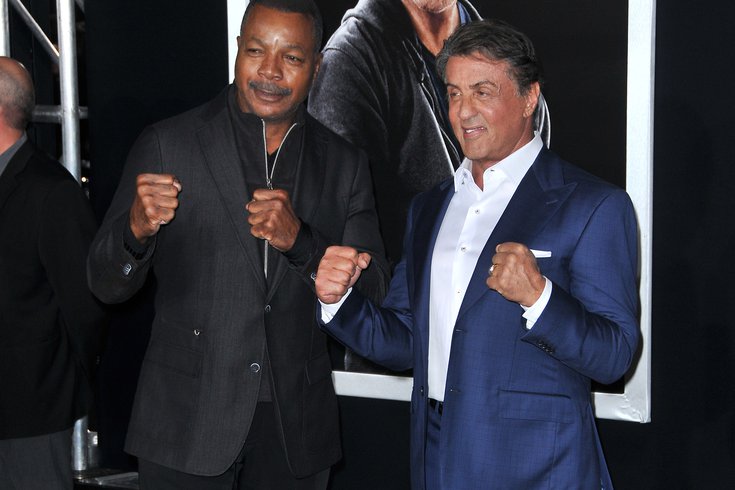 Walnut Street Theatre is offering the first 100 customers who purchase in-person tickets to "Rocky, the Musical" on Sept. 12 a free Pat's cheesesteak and a beer from Yards Brewing. The show runs from Oct. 4-30. Pictured above are Sylvester Stalone, who played Rocky, and Carl Weathers, who played Apollo Creed, in the film series.

To celebrate its 214th season, Walnut Street Theatre is offering free Pat's cheesesteaks and a beer from Yards Brewing to the first 100 customers who purchase tickets in-person to "Rocky, the Musical" on Sept. 12.

The performance runs from Oct. 4 through Oct. 30 and tickets start at $25. The musical is a live adaption of the 1976 cult classic about Rocky Balboa, a Philadelphia boxer who gets a once-in-a-lifetime opportunity to become a heavyweight champion.

"Rocky, the Musical" is based on a book written by Thomas Meehan and Sylvester Stallone, who played Balboa in the movie. The show's music was written by Stephen Flaherty and Lynn Ahrens. It debuted in Hamburg, Germany, in 2012 and was transferred to Broadway in March of 2014, where it stayed for 188 shows.

The performance includes new songs, as well as some of the classics from the movies, including Survivor's "Eye of the Tiger" and "Gonna Fly Now" by Bill Conti.

Before rehearsals start next week, the theater sent actors Gianna Yanelli and Matthew Amira to Pat's so that they could get to know the city, WHYY reported. Amira, who plays Rocky, said that he grew up visiting Philly with his father, who graduated from the University of Pennsylvania.

Yanelli, who is starring alongside Amira as Adrian, lived in the city for ten years and also has an aunt who lives near Pat's on Second Street.

“Drunken nights were here,” she told WHYY. “It was the best drunk food I’ve ever had.”

"Rocky, the Musical" will be followed by productions of "Cinderalla," "Last of the Red Hot Lovers," "Cat on a Hot Tin Roof" and "Escape to Margaritaville." The theater's season will come to a close on April 23, 2023.

While tickets are available at Walnut Street Theatre's ticket box office at 825 Walnut St., they also can be purchased at walnutstreettheatre.org or through Ticketmaster.