Trombone Shorty will join SNACKTIME and other musicians at the event on Saturday, Sept. 24 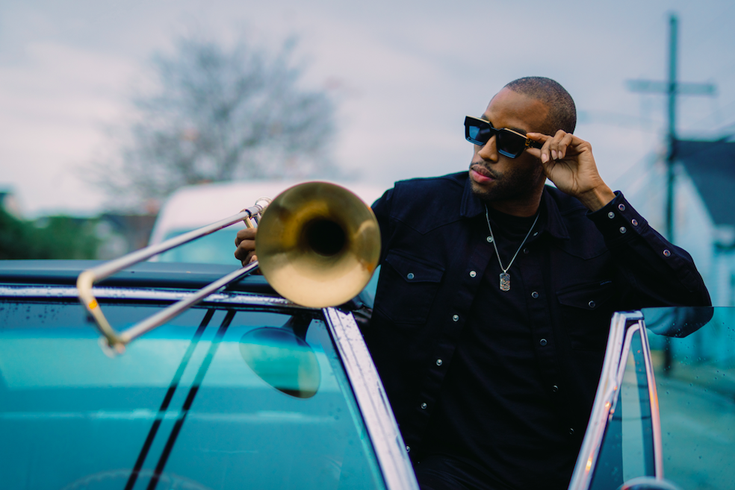 The Philly Arts & Music Festival will be held for the first time on Saturday, Sept. 24 at the Navy Yard. The event will feature live music, artists and food, with a headlining performance by Grammy winner Trombone Shorty.

The lineup has just been released for a new festival coming to South Philadelphia this month that will showcase artists and musicians from throughout the region.

The Philly Arts & Music Festival takes place in the Marine Parade Grounds at the Navy Yard on Saturday, Sept. 24 from 1 to 8 p.m. The event is being hosted by Spectacor Events & Entertainment and features live music performances, a vendor village and food trucks.

Spectacor has partnered with Streets Dept and Voices in Power to put on the event. Streets Dept, a blog established in 2011 by photographer Conrad Benner, documents street art and murals across public spaces in the city. Voices in Power is a poetry open mic event series that was started by award-winning experience curator and poet Luis Marrero.

"Philly's art scene is among the best in the world, and it deserves to be celebrated," said Benner. "The Philly Arts & Music Festival will bring together an incredible lineup of artists from all different genres to showcase their work."

Headlining the event is Grammy-winning jazz musician Trombone Shorty and his band, Orleans Avenue. Shorty recently won Album of the Year for his work on Jon Batiste's "We Are." His music blends soul, R&B and psychedelic funk, using instruments like the trombone, trumpet, tuba, drums and organ. His new album, "Lifted," is available now. 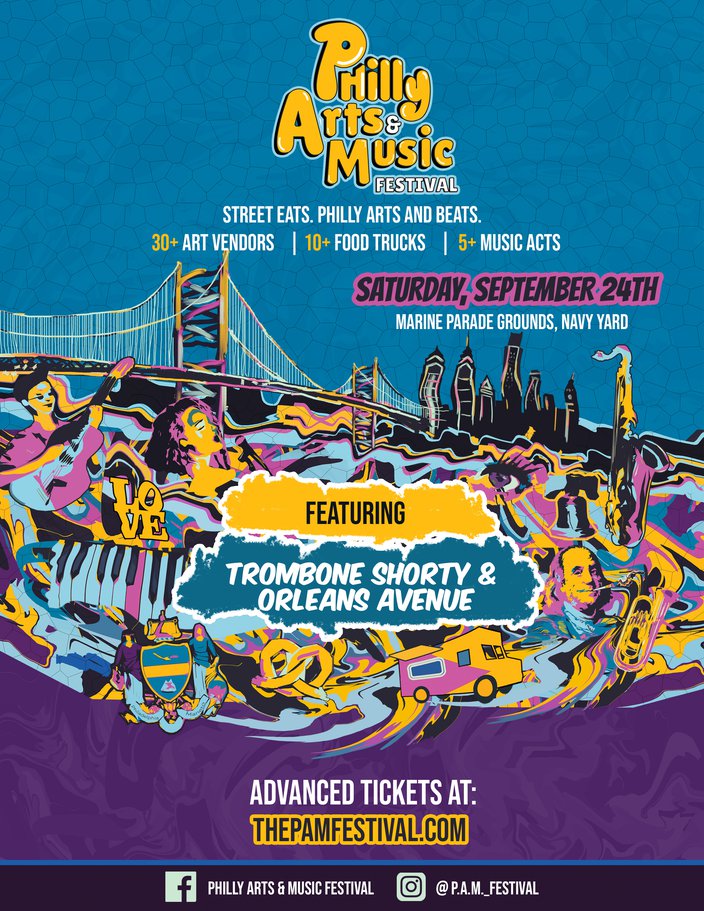 Born Troy Andrews in New Orleans, he got his start at the age of 4 when he played with Bo Diddley at Jazz Fest. He was leading his own brass band by age 6 and was later hired as a teenager by Lenny Kravitz to join his band on the Electric Church World Tour.

Since 2010, he has released four chart-topping albums, toured with groups like the Red Hot Chili Peppers, and collaborated across genres with musicians like Pharrell, Bruno Mars, the Foo Fighters, Ringo Starr, Zac Brown and Normani. He is no stranger to music festivals, having played Coachella, Bonnaroo and Lollapalooza.

Off stage, Shorty has been honored with his own Muppet, written award-winning children's books and launched the Trombone Shorty Foundation to support youth music education.

"Music has the unique ability to bring people from all walks of life in a meaningful way, so I fully expect the Philly Arts & Music Festival to be an enriching experience for the artists and attendees alike," said Marrero. "Philly has no shortage of amazing musical acts, and Trombone Shorty & Orleans Avenue's genre-defying headlining performance will appeal to audiences of all backgrounds. I look forward to working to bring the best of the best to what is sure to be one of the coolest events of the year."

Tickets start at $30 and can be purchased on the festival's website.