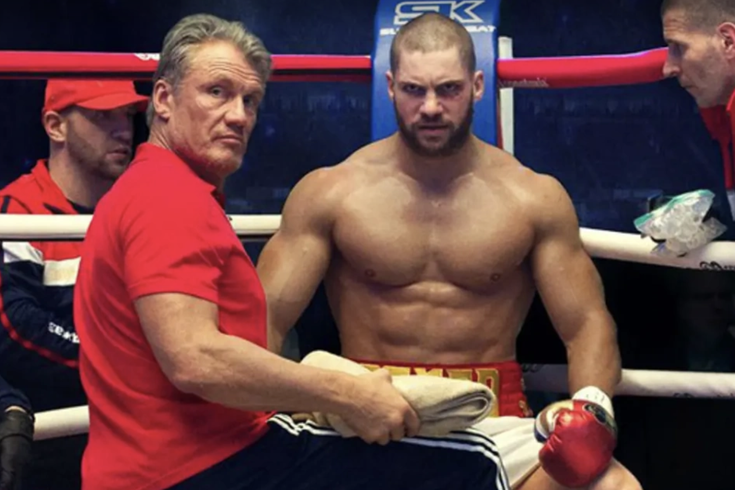 A spinoff film centered around characters Ivan and Viktor Drago is being developed by MGM. The film will be derived from the "Creed" trilogy that was preceded by the iconic "Rocky" film series. The image is from the 2018 film 'Creed II.'

Another addition to the famed "Rocky" film franchise will be a spinoff of "Creed" that centers around the Russian boxers Ivan and Viktor Drago, Deadline reported on Thursday.

"Drago," the 10th installment in the series, is currently in development at MGM Studios and will be written by Robert Lawton. The screenwriter previously wrote the speculative script "Becoming Rocky," which won an Academy Nicholl Fellowship in 2021.

Dolph Lundgren, who played Ivan Drago in 1985's critically acclaimed "Rocky IV," alluded to the possibility of a "Drago" film in an interview with the Hollywood Reporter last year.

Lundgren reprised his character in 2018's Creed II when his son, Viktor, was played by actor Florian Munteanu. A short fight between Ivan and Rocky, played by Sylvester Stallone, occurred in the film, but was ultimately cut from the final version.

While fans might enjoy seeing another fight between Ivan and Rocky, that appears to be unlikely. Stallone has been distancing himself from the series and will not appear in "Creed III," according to the Hollywood Reporter.

Stallone retired the character after 40 years in 2018. The actor is currently in a fight with the producers of the films for his right to the projects, and it remains unseen if he would be involved in the newly announced movie.

There are not many details being shared about the premise of "Drago," other than a focus on the Russian-bred father-son duo.

"Creed," the original spinoff film, was released in 2015 and starred Michael B. Jordan as Adonis Creed, the son of Apollo Creed. Adonis, an up-and-coming boxer, travels to Philadelphia to seek the mentorship of his father's old friend and rival, Rocky Balboa.

"Creed III" is set to be released in theaters in March 2023 and will be Jordan's directorial debut.

"This franchise and in particular the themes of 'Creed III' are deeply personal to me," Jordan told Deadline. "I look forward to sharing the next chapter of Adonis Creed’s story with the awesome responsibility of being its director and namesake.”

The "Rocky" film franchise has grossed over $1 billion since the original was released in 1976.