CSN Philly gets a name change 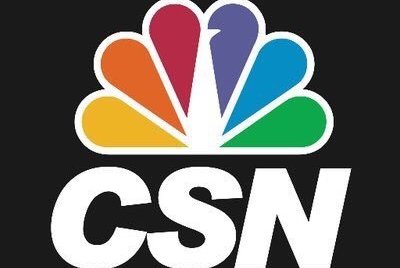 It's the end of an era in Philadelphia sports television.

OK, that's a little dramatic. But for those of us who grew up tuning in for highlights of local teams and live games, it is going to be weird no longer calling Comcast SportsNet Philadelphia, well, Comcast SportsNet.

CSN Philly will now be called NBC Sports Philadelphia. Four regional Comcast SportsNet channels, as well as two TCN channels (The Comcast Network), will also now go by NBC Sports. The changes go into effect Oct. 2. The rebranding brings all but the New York City outlet (SNY) in line with the rest of the media conglomerate's regional sports channels.

NBC's sports channels have been undergoing brand changes ever since the network was acquired by Comcast. The Comcast SportsNet name was actually ditched across the board in 2012.

But the official name change was to CSN, an acronym for the old name anyway, so it was still basically Comcast SportsNet. That move coincided with adding the NBC Peacock logo to NBC sports channels.

CSN Philly's new name follows a period of turbulence at the station. As it began to move more toward debate-oriented content, it parted ways with a number of veteran anchors and reporters, including Ron Burke, Neil Hartman and Leslie Gudel and, more recently, Dei Lynam and Tim Panaccio.

One of the station's more ambitious attempts at a new direction was "Breakfast on Broad," a daily morning show that took a more conversational and quirky tone than a typical sports highlights program. The show was canceled this past February after less than two years on the air, and two of its hosts ultimately parted ways with CSN. Jillian Mele went to FOX News, while Sarah Baicker took a gig with the New Jersey Devils.