When we last left former Phillies ace and current baseball commentator Curt Schilling, he was suspended from ESPN for tweeting out a meme the company found unacceptable.

After about a month, Schilling was reinstated. Now back working as an analyst for ESPN, he is back on social media and not exactly becoming any less opinionated. He had interesting answer for Republican front-runner Donald Trump’s question during Tuesday’s Democratic debate, one sure to raise some eyebrows: 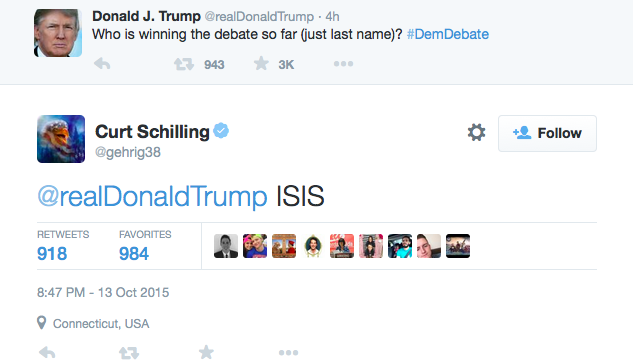 It seems as if Schilling was able to multitask while also working. He was on ESPN’s campus yesterday, presumably watching playoff baseball while the debate was going on.