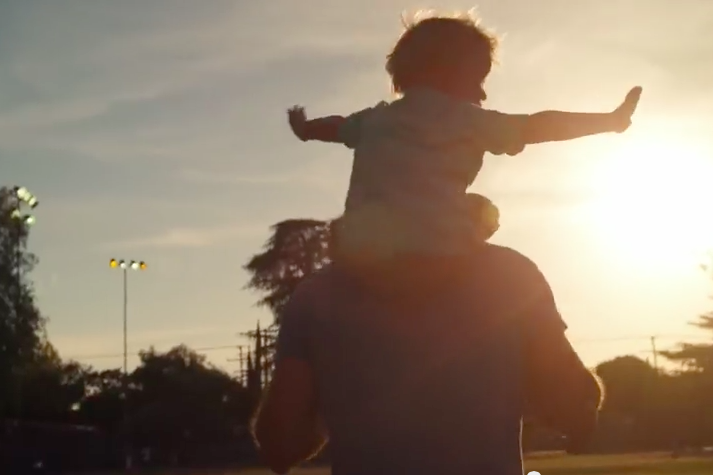 Dads, accustomed to being the butt of jokes in commercials and sitcoms, were instead lauded in a handful of ads during Sunday’s Super Bowl.

The focus on fatherhood comes after advocates reportedly pressed on Madison Avenue to start recognizing the worth of dads.

For instance, Dove Men+Care released an ad called "#RealStrength" for the big game in which children are shown calling out, "Daddy" or "Da-Da" as they play with their fathers.

The clip ends by asking, "What makes a man stronger? Showing that he cares."

“We know that men today are embracing their caring roles more than ever, and that these experiences are fulfilling and strengthening them,” Jennifer Bremner, Director of Marketing for Unilever said in a news release.

“This inspired us to share a film that shows what strength truly looks like today. Especially at a time when fans are overwhelmingly hearing about physical feats on the football field, we wanted men (and women) to hear at least one voice saying, ‘Care Makes a Man Stronger.’”

Nissan released its first Super Bowl commercial in 18 years. "With Dad" featured a father, who was also a race car driver, struggling to balance his work with raising a child.

Appropriately, Harry Chapin's song "Cat's In the Cradle" serves as the soundtrack for the clip.

Nissan also encouraged people to join its YouTube campaign by submitting videos of what being #WithDad means to them.

Speaking of fatherhood, soon-to-be father and Seattle Seahawks All-Pro cornerback Richard Sherman said he would have missed the big game if his girlfriend had gone into labor on Sunday. Fortunately, the little guy let his dad have his day on the field.