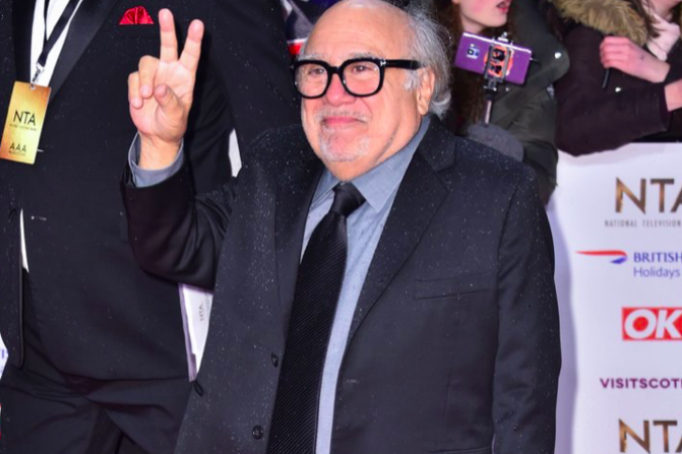 "It's Always Sunny in Philadelphia' star Danny DeVito was keen on producing a documentary about NBA legend Michael Jordan, whose final season with the Chicago Bulls is now the subject of ESPN's 10-part series, "The Last Dance."

Much of the source material for the 10-part series had been locked away in the NBA's video library for nearly two decades, held for the perfect opportunity to showcase the last march of the GOAT during the 1997-98 season.

A strange anecdote along the way to the final product was an attempt by "It's Always Sunny in Philadelphia" star Danny DeVito to produce a documentary on Jordan's Bulls, according to ESPN's Ramona Shelburne.

DeVito, who was a voice actor in Jordan's 1996 classic "Space Jam," was among several producers who tried to get their hands on the more than 500 hours of footage captured by NBA Entertainment producer Andy Thompson.

Spike Lee, Frank Marshall and DeVito all made pitches for the highly coveted Bulls trove, but they never managed to get face-to-face meetings with Jordan. Any project depended on a mutual agreement between Jordan and Thompson to make the footage available to a chosen producer.

The deal ultimately was struck with producer Mike Tollin and his Mandalay Sports Media company, which had done past documentaries on Kareem Abdul-Jabar, Hank Aaron and Allen Iverson.

Tollin's 2014 documentary on the Sixers legend ended up being the clincher when he had a pitch meeting with Jordan, who was flipping through a booklet that highlighted the company's past work.

The last page of the presentation was a look at the documentaries, movies and shows Tollin and his company, Mandalay Sports Media, had done.

"So there's Kareem [Abdul-Jabbar], there's Hank Aaron, there's 'Varsity Blues,' there's 'Coach Carter' and so forth," Tollin said. "He's actually looking at them all, and in the bottom right corner is 'Iverson.' He goes, 'You did that?'"

Tollin wondered if this was going to work for or against him. Like the timing with the Cavaliers' championship parade that morning, it was impossible to know.

Jordan took his glasses off, looked up and said, "I watched that thing three times. Made me cry. Love that little guy."

Then he walked around the desk, extended his hand and said, "Let's do it."

If somebody had made a documentary on Danny DeVito, you can imagine Jordan saying much the same thing.

It's hard to say how the documentary might have gone if DeVito had been given an opportunity, but the fact that he and other big names threw their hats in the ring goes to show just how big this project was destined to be from the moment the cameras began rolling.