Despite the city's high rate of feline ownership, the controversial practice has never been discussed by city council 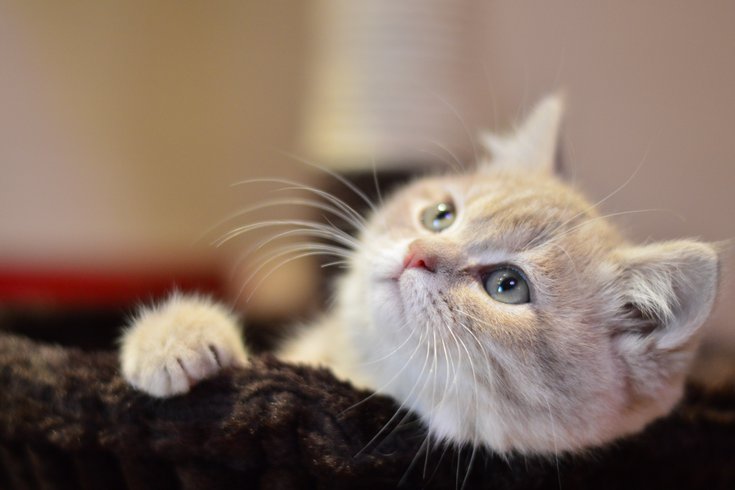 Pittsburgh and Allentown have banned the declawing of cats, and a bill in the Pennsylvania General Assembly could make the elective surgery illegal statewide. Veterinarians and animal rights groups say the procedure is inhumane except in certain scenarios.

The Allentown City Council voted last week to levy a $500 fine against anyone who declaws a cat.

That made Allentown the second Pennsylvania city to adopt a declawing ban, following the ordinance Pittsburgh enacted last year. Yet in Philadelphia, efforts to pass a declawing ban lack the same momentum.

Despite the fact that 23% of city residents own a cat — the highest percentage among America's 15 largest metro areas, according to U.S. Census data — no legislation on declawing has ever moved through city council.

In fact, it's never been discussed at all. According to a rep for Council President Darrell L. Clarke, an "extensive" search of the council's legislative history could not "find any reference to this issue being brought up by any Council members at any time."

How is this possible in a city of cat lovers? Veterinarians say there are several issues at play.

"Declawing is a contentious issue," Dr. Julie Sanders, director of operations at Heart + Paw, said via email. "While the procedure can absolutely be done in a comfortable and humane manner, it does create permanent physical change and has the potential for life-long stress and/or undesirable behaviors related to that change."

Over the years, veterinarians, animal shelters and animal rights activists have widely condemned declawing, a surgical procedure that removes the last bone of each toe on a cat's paw. While owners usually seek the operation to prevent cats from scratching people, other animals or furniture, many experts say the procedure is too extreme.

"Declawing is a form of amputation," Gillian Kocher, director of public relations for the Pennsylvania Society for the Prevention of Cruelty to Animals, said in an email. "This is often compared to if a human had their last knuckle cut off. It's easy to imagine how different our lives would be. The difference for cats is that they walk on this part of their body and so must use (it) even during the healing process."

Declawing also can cause unexpected behavioral problems. As Kocher explained, many freshly declawed cats associate the pain of stepping on kitty litter with the litterbox itself, developing an aversion to using it. When threatened, cats may begin biting since their "first line of defense" is no longer available.

Advances in veterinary medicine have made the procedure less painful, Sanders noted. Declawing is now usually conducted with a blade or laser, rather than older "guillotine" methods that were more likely to leave small bone fragments, causing long-term lameness in some cases.

Still, she said, "The permanent changes to the mechanics of how cats use their paws is one of the reasons most of us (veterinary professionals, animal advocates and pet parents too) either refuse to do the procedure ever, do not recommend the procedure or advise against it, reserving it only as a regrettable option of last resort in a very specific set of extenuating circumstances and qualifications."

All these complications compelled state Reps. Liz Hanbidge and Steven Malagari to introduce an anti-declawing bill, HB 1624, in the General Assembly last year. The legislation, which would make the practice a criminal offense statewide, stalled in the judiciary committee. But the lawmakers, both Democrats from Montgomery County, plan to reintroduce it in the 2023 legislative session.

"My constituents were generally quite positive about it, and they were excited to see it move and disappointed when it didn't," Hanbidge said. "Hopefully, we'll be able to do better this time."

Even groups opposed to declawing have been wary of laws banning the practice, however. On its website, the ASPCA writes, "Legislation to make declawing illegal, while well-intentioned, can be problematic, because, in rare cases, the procedure may be justifiable as a last resort to prevent euthanasia. There is also no meaningful way to enforce a law that includes this exception."

Hanbidge said her bill would account for this concern, making exceptions for "therapeutic" purposes. The Allentown ban also makes similar exceptions for illness or infection.

As the General Assembly prepares for a new session, Hanbidge said she is hopeful her legislation will make more headway this time around. Democrats are poised to take the majority for the first time in 12 years, a change that she believes will save bills like hers from dying in committee. In 2021, the year her bill was introduced, only one of the 100 pieces of legislation passed by the General Assembly had a Democrat as the primary sponsor.

Hanbidge also plans to raise awareness through Facebook videos, collaborations with veterinarians and one-on-one conversations in the new year.

But regardless of whether Hanbidge's bill advances or the Philadelphia City Council takes up the issue, experts urge empathy in discussing the issue.

"I humbly suggest we approach the debate with compassion," Sanders said. "Many pet parents are in different places on this journey of thought evolution and gaining consensus is difficult because the facts create conflicting realities loaded with a range of emotional, ethical and rational arguments.

"Instead of judging families who have chosen to declaw a cat as bad, we should listen to the underlying reasons that decision was made. Perhaps we would find a new solution to help avoid the choice to declaw in the future."