How to use BeReal, the 'unfiltered' social media app now on 15 million phones

Developed by French entrepreneurs, the platform won Apple's iPhone App of the Year award earlier this month. It encourages users to share snippets of their lives once each day, in real time 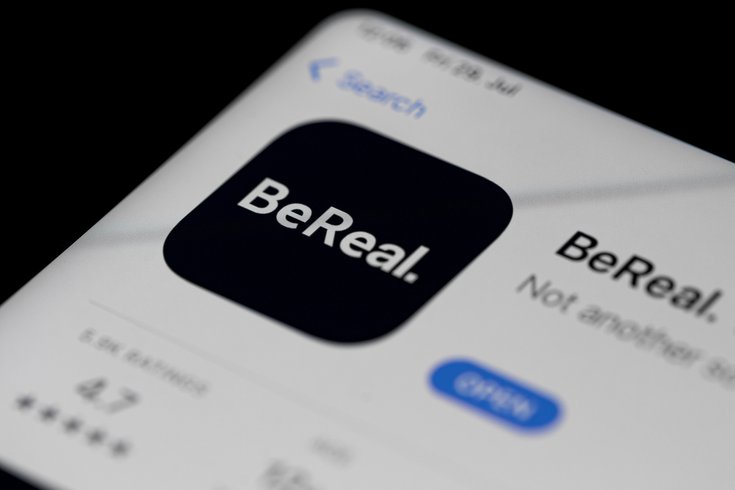 BeReal was crowned as the "iPhone App of the Year" during Apple's 2022 App Store Awards. The app asks users to post one unfiltered photo with their phones' front and back cameras each day at a different time, making for a more "real" form of social media without ads, influencers, filters and follower counts.

In a world of curated Instagram feeds and sponsored posts by TikTok influencers, one app is doing its best to make social media more "real," and winning acclaim in the process.

BeReal is a social media platform where users post one unfiltered photo with their phones' front and back cameras each day at different times determined by the app. In Apple's 2022 App Store Awards, the BeReal was crowned as the "iPhone App of the Year."

MORE: What is Lensa, the AI self-portrait generator going viral on social media?

Let’s celebrate the 2022 #AppStoreAwards iPhone App of the Year winner @BeReal_App for making it easier to share our authentic selves.

So, what exactly is BeReal and why is the incentive for disillusioned social media users to download yet another photo app?

Every day at a different time, the app's users are all simultaneously notified that it's "time to BeReal." At that point users have two minutes to capture and share photos; one photo is taken with the phone's front camera and the other taken at the same time using the back camera.

Friends can comment on your BeReal or react using Realmojis, which users create by taking photos of themselves smiling, posing with thumbs-up or however else they'd like to react.

Users can control who is able to view their daily BeReal photos, allowing only selected friends to view their posts, or images can be made public which shares the images under the Discovery tab accessible to every BeReal user.

Once your newest BeReal image is posted, followers can no longer see the previous post. However users can are able to view all of their own  photos in the Memories tab.

Anyone who misses the notification, or simply doesn't want to do their daily BeReal post at that moment, can go into the app at any time before receiving the next day's notification take a late BeReal. Late posters are outed by a time stamp on their photos telling their friends just how many minutes or hours late they posted that day.

The app is designed so there are no curated feeds, follower counts, ads or influencers. During a time when Gen Zers are gravitating towards "photo dumps" on Instagram, choosing to post bunches of unedited, seemingly random pictures instead of perfectly posed pics, it's no wonder that social media fatigue has lead to the rise of an app that is lower maintenance while promising real and authentic connection.

BeReal's success didn't happen overnight. The photo-sharing app was launched in 2020 by French entrepreneurs Alexis Barreyat (who previously worked in media production at GoPro) and Kévin Perreau. The pair hoped BeReal would allow users to connect with friends and family.

BeReal has since become one of the fastest-growing social media platforms of 2022, skyrocketing from an estimated 10,000 daily active users in March 2021 to more than 15 million as of October 2022.

With regards to the app's numbers, BeReal, in the same way it does not share users' follower counts, has remained mum on the topic.

"We want for ourselves what we want for our users – not to chase fame or the spotlight or to be tethered to metrics like the number of followers or number of downloads," the company said. "We don't share our numbers, even though we see lots of rumored estimates online. In the spirit of authenticity and veracity, we'll say to take these figures for what they are … estimates."

The company has snagged an estimated $600 million valuation. BeReal is a free app with no ads, and its leaderships has been similarly vague about how and whether it's popularity will be monetized.

"You may be wondering if we'll have ads or how we think about monetizing the app," the company said. "First, we want to stick around for as long as you'll have us, but working with brands is not our priority. There are a lot of cool things we want to build, and we're very lucky to be able to prioritize our time this way. We assure you, once we're ready to share information, you'll know."

Many believe that imitation is the best form of flattery, and that seems to be the case as other social media apps attempt to emulate BeReal's successful format. Instagram is testing several BeReal-like features and TikTok has also launched a "TikTok Now" feature that works almost exactly like BeReal.

The popularity of BeReal has been reflected in pop culture as well. In October, a "Saturday Night Live" sketch featured a bank robbery that was interrupted when the thief received his BeReal notification.

I swear my BeReal notifications come through at the wildest times pic.twitter.com/Zu9SLwx0mr