What is Lensa, the AI self-portrait generator going viral on social media?

The app, which was released in 2018, debuted its 'magic avatar' feature on Nov. 28 and has since taken Instagram by storm 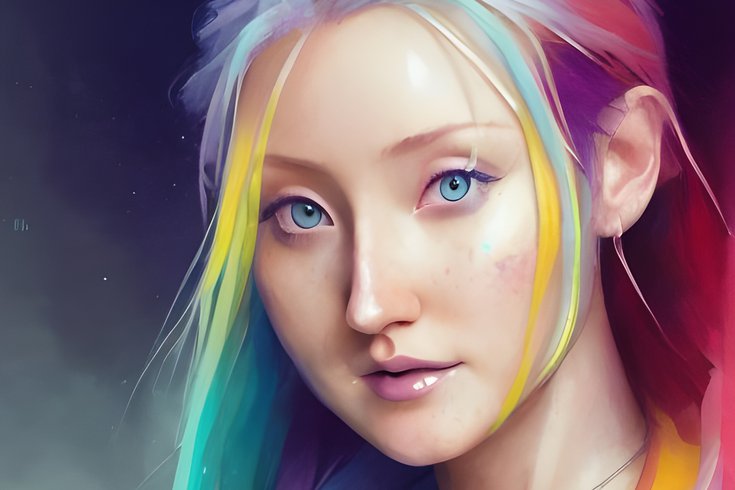 Lensa AI, an app that takes photos from your camera roll and transforms them into works of art, has exploded on social media over the past few weeks. The app costs $3.99 for a set of 50 photos, and has come under fire from artists who are concerned about art theft and user privacy.

If you've spent any time scrolling through social media this past week, chances are you've stumbled upon an influx of colorful, illustrated portraits of your friends, family and favorite celebrities on all of your feeds.

Lensa AI — an app that takes photos from your camera roll and transforms them into digital works of art — has taken Instagram by storm over the last few weeks. Though the app is not new, developers at Prisma AI released the new "magic avatar" feature on Nov. 28, which uses artificial intelligence to turn your ordinary selfies into a stylized portrait.

It's simple to use: Just download the app from your phone's app store — Lensa AI is available for both iPhone and Android devices — and upload 10-20 selfies from your camera roll. The AI generator will create multiple pieces of art using your photos, which can then be downloaded and shared on social media.

After a few minutes, Lensa will allow you to look through your avatars, which are separated into 10 categories like iridescent, kawaii, light, stylish, anime, cosmic, pop, fairy princess, fantasy and focus. Though some results may appear distorted, many of them look much like the results that Lensa has used to promote the new avatar feature.

Though the app is free to download, you will be prompted to sign up for a subscription for the in-app photo and video editor, which starts at $40 per year. There is a 7-day free trial available if you intend on using all of Lensa's features. After you choose your photos, the app will prompt you to pay $3.99 for a series of 50 images, or a few extra dollars for 100 or 200 photos.

While Lensa is using celebrity images to promote the app, several celebrities have jumped to participate in the trend, including actress Michaela Jaé Rodriguez, who previously starred in FX's "Pose." She shared a collection of images in all 10 categories.

You're unable to see or share your AI-generated self-portrait without paying, which has resulted in some frustration among customers looking to get in on the trend. Visual and graphic artists have also taken to Twitter and other social media sites to express their discomfort at the thought of users purchasing AI-generated art rather than commissioning real artists to sketch portraits.

The algorithm used by Lensa AI is derived from Stable Diffusion, a text-to-image artificial intelligence model that has been accused of stealing art by generating images from more than 2 billion datasets, including from places like Pinterest, Tumblr, DeviantArt, Blogspot and Fine Art America, The Verge reported earlier this year.

If you've recently been playing around with the Lensa App to make AI art "magic avatars" please know that these images are created with stolen art through the Stable Diffusion model. pic.twitter.com/VGrrECYVn5

Other users are concerned about Lensa AI and Prisma Labs' terms of service and privacy policies, which outline how the company uses data it collects from users, including the AI-generated photos it spits out for a small fee. Though users are greeted by a prompt to read and agree to these policies before they can make a purchase or upload their images, users are pointing to a few concerning details about Lensa's policy on user content. "Solely for the purposes of operating or improving Lensa, you grant us a perpetual, irrevocable, nonexclusive, royalty-free, worldwide, fully paid, transferable, sub-licensable license to use, modify, distribute, create derivative works of your User Content without any additional compensation to you," the policy reads.

Though this type of policy is not uncommon on social media platforms, plenty of skeptics were concerned about the prospect of selling personal data, particularly as it relates to the 2020 release of FaceApp, a Russian app that also uses AI technology.

As Lensa continues to make waves across social media, the app has landed at the top of the Apple's iOS App Store charts, according to Tech Crunch. It has amassed about 22.2 million worldwide downloads and nearly $29 million in consumer spending since it launched in 2018.