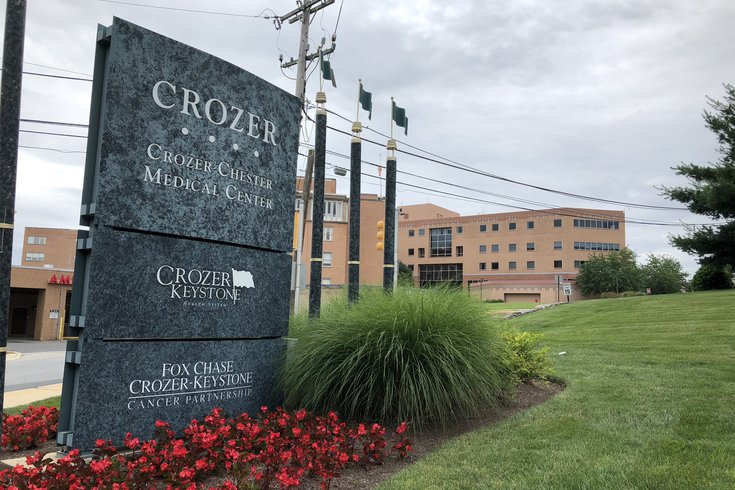 A group of Delaware County legislators introduced a bill package aiming to prohibit for-profit health care in Pennsylvania. The bills focus on Crozer Health, which is at risk of collapse following financial strain stemming from a 2019 private equity deal by its for-profit parent company.

Pennsylvania could be closer to eliminating for-profit health care systems, as a group of lawmakers are set to introduce legislation that will protect local hospitals from private-equity deals that often result in financial strain.

The proposed bill package was announced by Delaware County elected officials on Thursday and was in response to the issues at Crozer Health. The four-hospital system is currently at risk of collapse, much of it stemming from a 2019 deal between its former and current for-profit ownership. Since the COVID-19 pandemic began, the hospitals have seen reductions in provided services and have been plagued by staff shortages.

The system's parent company, Los Angeles-based Prospect Medical Holdings, was the subject of a ProPublica investigation in 2020. Reporters found that the previous owners — Leonard Green & Partners — siphoned money from the company before selling it in 2019. That decision left many of its hospitals in dire financial straits.

In February, ChristianaCare, a non-profit hospital network, signed a letter of intent to purchase the Delco hospitals. While the agreement has not been finalized, residents and patients in the Philadelphia suburb remain hopeful that the organization will buy out Prospect and preserve the health care system.

"What's happening with Crozer Health is a tragedy and underscores the need for legislators to work to protect our local health care systems from manipulative and predatory private-equity practices in the future," said Sen. Tim Kearney. "We want to give the state more oversight over these transactions and create other policies that deter these bad actors from looting our health care systems and then running when the resources vanish."

Lawmakers say that despite efforts to purchase the hospitals, Crozer Health remains on the brink of financial collapse. If the hospitals close, more than 575,000 people throughout Delco will be left with significant lack of access to health care within their own communities.

Each bill in the package aims to prevent a different facet of the Crozer Health dispute from happening again, beginning with a two-year moratorium on for-profit hospital purchases. In a co-sponsorship memo, Kearney and other sponsors note that from 1999 to 2020, non-profit hospital ownership fell by 18%, while for-profit ownership increased by 348%.

Another bill would prohibit for-profit entities from purchasing hospitals in Pennsylvania. Sponsors said that the financial burden facing Crozer Health is markedly similar to the issues Hahnemann Hospital in Philadelphia faced. The hospital was sold to a for-profit entity in 2018, which later sold off its assets as health care services were cut or removed altogether because of financial difficulties.

The hospital, which provided health care to underserved communities in the city, closed in 2019 after months of financial woes.

"Each time they strike these kinds of deals and real estate splits, they know the end of their scheme will leave communities without access to quality health care," said Sen. Anthony Williams. "We saw this happen with Hahnemann and now we're seeing it happen with Crozer, by a company that has a history of these despicable actions."

A separate bill would require hospitals seeking to change ownership of health systems to receive approval from the state Attorney General. While the Attorney General is already required to provide oversight of non-profit health care systems, the state's leading prosecutor has no authority to approve major transactions in for-profit hospitals that impact patients.

Corporate greed has NO place in healthcare.

If private-equity firms protect investors, WE must you & our hospitals. #ProfitsOverPeople pic.twitter.com/4xKW7u7t4N

"There's nothing preventing what's happening with Prospect Medical Holdings from happening again," said Rep. Mike Zabel. "Let's not forget that these closures or fire sales not only affect the community at large, but they are also regional employers that impact our economy and the lives of hundreds of thousands of employees."

Other legislative efforts include requiring severance packages for mass layoffs, preventing back-room real estate splits, like the one that happened in 2019 between Prospect and Leonard Green & Partners, and placing a two-year moratorium on private-equity firms from distributing dividends from company buyouts.

Delco Council Chair Monica Taylor told WHYY that the county is doing whatever it can to keep Crozer open, facilitating discussions between the health care system and Prospect.

"We shouldn't have to take legal action to ensure a health care system provides vital care to the residents that it serves," said Taylor. "The county has immense concerns about the devastating impact that the sudden loss of critical services would have on our community."

Delco officials and health care workers are still optimistic that the sale with ChristianaCare will enable Crozer to keep its doors open. Earlier this week, the hospital network announced that it would purchase Chester County's Jennersville Hospital from Tower Health.