ChristianaCare signed a letter of intent with Prospect Medical Holdings, but the deal could be a risky move due to the highly competitive market 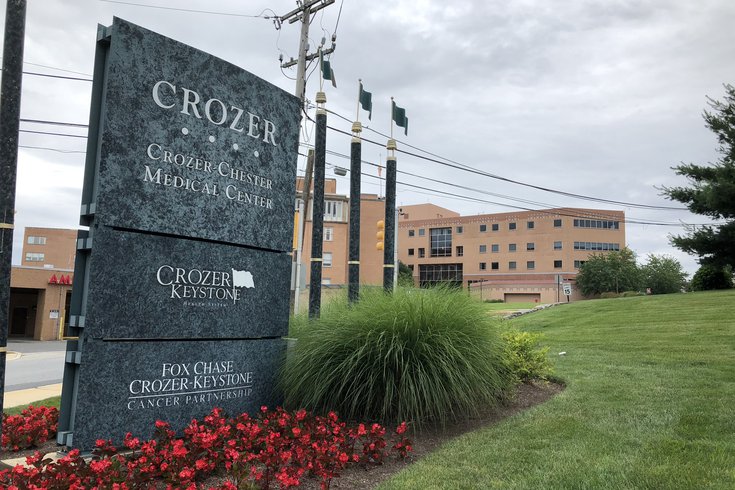 Delaware's biggest healthcare provider, ChristianaCare, is expected to expand its footprint into the Philly suburbs by buying Crozer Health, a struggling system of four hospitals in Delaware County. ChristianaCare has signed a letter of intent regarding the sale, but the deal is not final. All the Crozer hospitals will remain open according the system's CEO Kevin Spiegel.

ChristianaCare, a network of non-profit hospitals, is expected to expand its footprint into the Philadelphia suburbs by purchasing Crozer Health in Delaware County.

The health care provider has signed a letter of intent with Crozer's owner Prospect Medical Holdings regarding the sale, which includes all of the health system's real estate, assets and operations.

All the Crozer hospitals will remain open, the system's CEO Kevin Spiegel told WHYY, but he did not disclose any more details about what would ultimately become of its assets.

The purchase is not yet set in stone, as negotiations are currently ongoing. A definitive deal is expected to be reached in the second half of 2022.

“We welcome this opportunity to explore a closer relationship with an organization that shares our commitment to value and service to the community," Janice Nevin, ChristianaCare's president and CEO, said in a joint statement from both systems.

If the sale goes through, ChristianaCare would get all of Crozer's hospitals – the Crozer-Chester Medical Center in Upland, the Delaware County Memorial Hospital in Drexel Hill, the Taylor Hospital in Ridley Park and the Springfield Hospital – which will bring the system's hospital count from three to seven.

It will also get Crozer's other assets including its physician network, behavioral health providers and graduate medical education program.

There are currently about 4,000 employees working across the Crozer system, which will begin operating as a non-profit like ChristianaCare if the sale is completed.

ChristianaCare is buying Crozer from Prospect Medical Holdings, a for-profit firm based in Los Angeles. The company acquired the system in 2016 after no local non-profits were willing to take on operating the system, which has struggled with financial problems for years.

Crozer Health was created in 1990, when the Crozer-Chester Medical Center and Delaware County Memorial Hospital merged.

ChristianaCare has an ample $2.6 billion in cash reserves at the moment, the Inquirer reported. But expanding into Southeast Pennsylvania is not a risk-free endeavor, as the area has a highly competitive healthcare market with many providers including Penn Medicine, Jefferson Health, and Main Line Health.

News of Crozer's sale did not come as a surprise following the recent lay off of many of its executives. Spiegel has only been the CEO since earlier this month. Additionally, Delaware County Memorial's maternity ward was shut down last month and Taylor Hospital's hospice operation was closed on Friday.

Hospital consolidations have become a nationwide trend in recent decades and have continued into the pandemic era.

“The last couple of years has been extremely challenging with COVID," Spiegel said. "Our labor costs went up more than 25%. Our employees are taking care of very sick patients, so it’s very difficult on them.”

He said that consolidation makes health care systems stronger, but some researchers say they often result in higher prices for patients and insurance companies.

While consolidations lower operating costs for hospital systems and have been found to help lower mortality rates – in part because providers within a single system can coordinate with each other more efficiently – the savings are generally not passed onto consumers.

Consolidations can decrease costs for a hospital by between 15% and 30%, but have been found to increase prices for consumers between 6% and 18%, the National Council on Compensation Insurance said.

This is because if a single health care system dominates a region with few to no competitors, they can get away with charging more since there are fewer alternatives available to patients.

Hospitals with no competitors in a 15-mile radius have prices 12% higher than those in markets with four or more competing hospitals, a study from the National Bureau of Economic Research found.

Pennsylvania is no stranger to healthcare mergers. It's experienced many in recent years.

Jefferson Health and Einstein Healthcare Network finalized their merger in October, making it the largest hospital system in the metro Philly area. Jefferson now has 18 hospitals with 926 beds across the region.

Back in 2017, Berks County-based non-profit health care provider Tower Health bought five struggling small hospitals across Southeast Pennsylvania. The consolidation has not gone well for the organization, which has lost millions of dollars and has since had to close two of the facilities it purchased.

Although the system has been able to remain independent, last year it announced a plan to enter a strategic alliance with Penn Medicine in an effort to stabilize Tower's finances, which include $1.5 billion in debt.