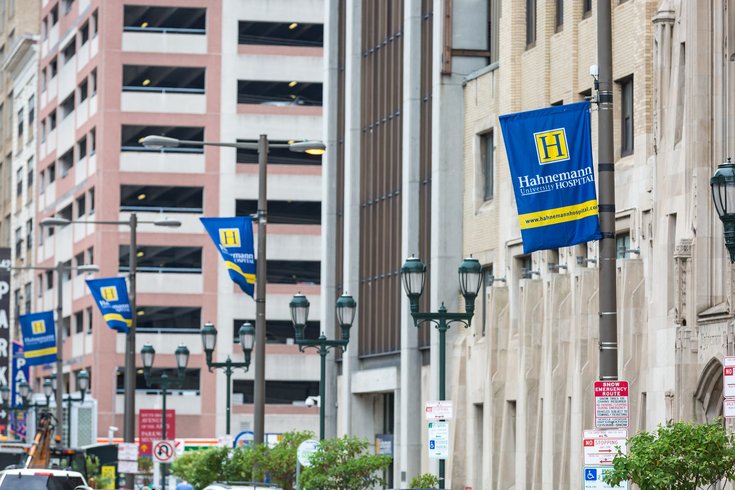 Hahnemann University Hospital will close its doors later this year.

American Academic Health System, which owns the trauma center in Center City Philadelphia, announced Wednesday that it will close on Sept. 6 due to unsustainable financial losses.

"Our primary concern is the care of our patients," Chief Restructuring Officer Allen Wilen said in a statement. "Our dedicated staff will continue to care for each and every individual until all patients can be safely discharged or transferred to new facilities."

Hahnemann will immediately begin an orderly closure of all inpatient and outpatient services, officials said. It will seek new placements for all residents and fellows completing their training at the 496-bed hospital.

The Pennsylvania Association of Staff Nurses and Allied Professionals (PASNAP), which represents 800 registered nurses at Hahnemann, called on Philadelphia Mayor Jim Kenney and City Council to intervene, urging them to ensure the hospital remains open and does not become a real estate commodity.

"Hahnemann is a safety-net hospital that for decades has provided care to an underserved community," PASNAP President Maureen May said in a statement. "We cannot allow predatory, for-profit companies to plunder such a valuable public good. It is incumbent upon the state and the city to step in and guarantee that the poor and working people who depend upon this hospital continue to receive the care that they need."

"Our goal in acquiring the hospitals was to help them both flourish and provide world-class care," Freedman said in a statement. "We relentlessly pursued numerous strategic options to keep Hahnemann in operation and have been uncompromising in our commitment to our staff, patients and community.

"We are saddened our efforts have not been successful and we are faced with the heartbreaking reality that Hahnemann cannot continue to lose millions of dollars each month and remain in business."

The announcement came just days after Drexel University filed a lawsuit to prevent a sudden closure of the hospital. The university's medical school uses Hahnemann as its main teaching hospital.

Mayor Jim Kenney said the city has spent months working with AAHS to identify potential solutions for the hospital and to avoid a potential closure. They have convened various stakeholders, including Drexel.

But Kenney said AAHS has not provided "critical," detailed information requested by the city, preventing it from determining the next steps.

"While we have not yet been able to strike a resolution, it is not due to a lack of concern or effort on the city's part," Kenney said in a statement. "We are deeply worried about the potential impact on patients and workers, and intend to continue working with all parties to ensure the best possible outcome."

Founded in 1848, the hospital currently employs about 2,500 people. In April, Hahnemann laid off 175 employees, including 65 nurses. That followed the closing of three primary care offices and the slashing of 30 management positions.

At the time of the layoffs, the hospital was suffering monthly losses of $3 million to $5 million, officials said. The combined annual revenue between Hahnemann and St. Christopher's also had fallen by about $100 million.

Kenney also said the city has informed AAHS that "in-depth consultation and planning" will be needed to determine how Hahnemann's various facilities can be closed should that scenario become necessary.

On Tuesday, Philadelphia's state legislative delegation urged Gov. Tom Wolf to commit state resources to maintain the hospital but with one condition – AAHS must submit to an audit and accept an independent monitor to oversee its operational and financial performance.

The delegation's letter, signed by 16 legislators and senators, claimed Hahnemann's closure would overburden the emergency departments of other Philly hospitals, which already have wait times that exceed state and national averages.

Drexel will work with the hospital to relocate current resident and fellows employed by AAHS, according a statement issued by the university. Drexel has affiliations with more than 20 clinical training sites.

Drexel and Tower Health are considering a potential integration of the university's clinical faculty and professional staff, the statement said. They also are developing a combined academic medicine physician practice plan through Tower Health Medical Group.