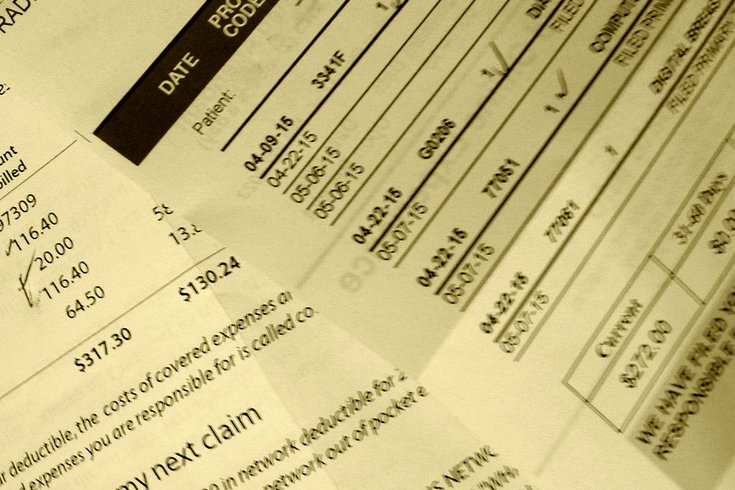 At least one in every six inpatient hospital stays or emergency room visit results in a so-called "surprise bill" – medical charges that patients are unable to anticipate or avoid.

Millions of patients with large employer-based health insurance plans received surprise bills in 2017, according to an analysis conducted by the nonpartisan Kaiser Family Foundation. Surprise bills were handed out in 18 percent of emergency room visits and 16 percent of in-network inpatient hospital stays.

The practice was particularly common in New Jersey, where about 29 percent of emergency room visits resulted in surprise bills – second only to New York. Similarly, 24 percent of inpatient hospital stays yielded a surprise bill, the fifth-highest mark in the United States.

In Pennsylvania, only 11 percent of emergency room visits and 12 percent of inpatient hospital stays resulted in surprise charges.

They stem from emergency situations in which the patient cannot select the emergency department, attending physician or ambulance provider. They also occur when a patient checks into an in-network hospital but unknowingly receives care from an out-of-network provider, like a radiologist or anesthesiologist.

The charges typically have two parts. The first charge constitutes the difference between a plan's in-network and out-of-network coverage. The second includes any additional amount that the out-of-network provider bills the patient directly, a practice known as balance billing.

In addition to New Jersey, surprise bills are most common in Texas, New York, Florida and Kansas, according to the analysis. They are least common in Minnesota, South Dakota, Nebraska, Maine and Mississippi.

But patients with employer-based health insurance are not protected by such laws. That's because the federal Employee Retirement Income Security Act of 1974 preempts state regulation of employer-provided health plans.

The U.S. Senate is considering a pair of bipartisan bills aimed to prevent surprise bills. The U.S. House also has released a bipartisan discussion draft bill. Additionally, President Donald Trump has called for a ban on balance billing for emergency care and any out-of-network services that a patient did not select.