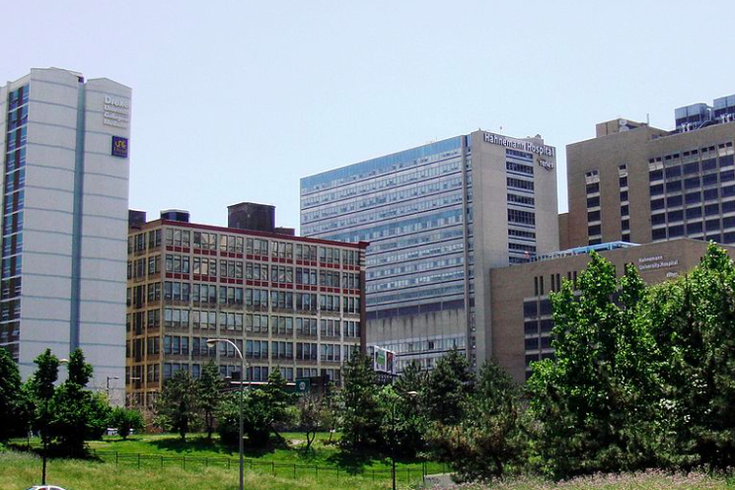 The Center City Campus of Hahnemann Hospital. On the far left are the apartment building. On the far right is the New College Building, the site of classrooms and offices. In the middle are the North and South towers where the patients are housed.

A pair of Philadelphia hospitals will soon operate under new ownership after Tenet Healthcare Corporation reached a $170 million deal to transfer the facilities to a newly formed affiliate of Paladin Healthcare.

In an agreement announced late last week, Tenet’s Hahnemann University Hospital, St. Christopher’s Hospital for Children and other related operations in Philadelphia were acquired by American Academic Health System. Paladin formed the new company to own and operate academic medical centers and general acute care hospitals across the United States.

“Tenet has been delivering quality medical care in Philadelphia for nearly 20 years, and we are strongly committed to securing the best future for Hahnemann and St. Christopher’s,” said Mike Halter, Philadelphia Market CEO for Tenet and CEO of Hahnemann University Hospital. “Paladin shares our commitment to providing compassionate, exemplary care and service, and we believe that entrusting the stewardship of these institutions to its affiliate AAHS will benefit the patients, employees, physicians and community for years to come.”

The deal comes as Tenet's shares lost nearly three-quarters of their value since 2015, a downturn precipitated by fewer patients, rising expenses and high debt, according to a Reuters report. Under mounting pressure from shareholders, Tenet moved to lighten its debt burden.

“We are excited to have been selected by Tenet to acquire Hahnemann and St. Christopher’s, as well as the local physician practices and other hospital-affiliated entities,” said Joel Freedman, chairman of Paladin Healthcare. “We are committed to sustaining and enhancing the outstanding clinical and academic programs at both hospitals, providing the capital investment they need to thrive, and preserving their long-term future as financially stable healthcare providers and employers."

The transaction is expected to be completed early next year pending regulatory approvals and other closing conditions.