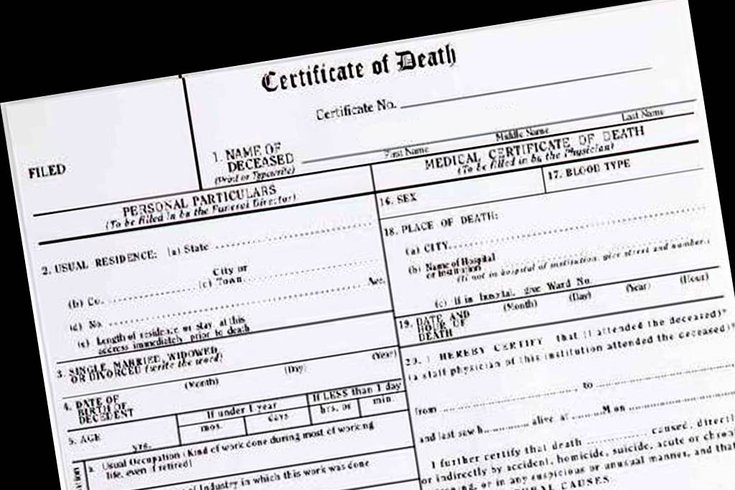 Dr. James Gill walked through the morgue in Farmington, Connecticut, recently, past the dock where the bodies come in, past the tissue donations area, and stopped outside the autopsy room.

Gill is the chief medical examiner for the state of Connecticut, and of the nine bodies in his custody that day, four were the remains of the people who likely died from an accidental drug overdose. A fifth was a probable suicide involving drugs. It was a sad, but typical day, he explained, with a practical consequence for the state’s morgue: Gill is running out of room to store bodies.

“We’ve had to buy some extra racks and things so we can store more,” he told me. “But we really probably need more cooler space. We’re kind of outgrowing the storage space here.”

In the past two years, Gill’s office has seen a more than a 50 percent increase in autopsies. That’s mostly because of the spike in accidental drug overdoses, he said. Heroin is the big player. Fentanyl deaths have surged, too.

I sat with Gill in the so-called family room just off the lobby of the examiner’s office. In explaining why good data on exactly which drugs killed exactly which people is important, Gill recalled a conversation he once had with a mother whose daughter had died of a drug overdose the previous year. The mother called Gill to learn more.

“Can you tell me, did she suffer?” the woman wanted to know. “Was she in pain?”

“And I explained to her,” Gill said, “that, with an opioid death, the person just gradually goes to sleep and it’s very painless.

“And she started crying,” Gill told me, fighting tears of his own. “And it gave her some comfort.”

There’s another reason to get solid data — so you can craft a public health response to the epidemic. Specificity about a death today could help save a life tomorrow, he said. A death certificate needs to say more than something vague like “opioid intoxication” to help both law enforcement and public health officials curb the distribution — and hopefully abuse — of opioids.

“Well, what are those opioids? Are they heroin or are they Oxycontin?’ ” he asked rhetorically. The precise answer can make a difference in figuring out what actions to take.

But not all death certificates have as much information as they could. When Gill took the job just a few years ago, only 63 percent of Connecticut’s drug deaths had specific drugs listed on the death certificate. Today 99 percent do.

“I found that the doctors here, a lot of them were certifying the deaths as acute or multi-drug intoxication,” Gill told me. “And I said, ‘No, we need to spell out what the drugs are that are causing the death.’ So, it would be ‘acute intoxication due to the combined effects of heroin, diazepam and alcohol’ — and that’s how we certify the deaths now. We’re very specific about what we’re finding in the toxicology.”

In 2014, the most recent year that data are available, only Rhode Island did better than Connecticut in getting and passing along these sorts of comprehensive details. Conversely, only about half of deaths in some other states — including Pennsylvania, Indiana, Mississippi and Louisiana — have specific information on the death certificates.

There are a lot of contributing factors that could explain the variation from state to state, Gill said.

First, not all people who certify deaths have the same training.

Second, when lots of drugs are involved, some people may not be comfortable singling out one or two as the cause of death. Custom could play a role, too — the “We’ve always done it this way” factor. So might size. Connecticut is small and centralized in the way it handles these cases.

“All of the deaths are examined here by the same group of medical examiners, the same investigators,” Gill said. “So we can kind of establish that common technique and certification ability. Whereas, in a lot of jurisdictions — New York, for example — it varies by county.”

Margaret Warner, an injury epidemiologist with the Centers for Disease Control and Prevention, focuses on monitoring trends in mortality, using death certificate data, and she agrees that lots of variables contribute to Connecticut’s success in gathering better data. But one of them is pretty basic: clear communication with the people who determine and report the cause of death.

“The thing that’s different between 2012 and the current year,” Warner told me, “is that Dr. Gill — who knows that we want those specific drugs written down on the death certificate — is now writing them down. So some of it’s about reaching out to the certifiers to make sure that they know we want the specific drugs involved.”

The CDC is actively working on that, Warner said.

But, in Gill’s experience, not everyone wants all that information documented.

And, judging from the data, it may be a big public health issue for a long time to come.

This story is part of a partnership that includes WNPR, NPR and Kaiser Health News.