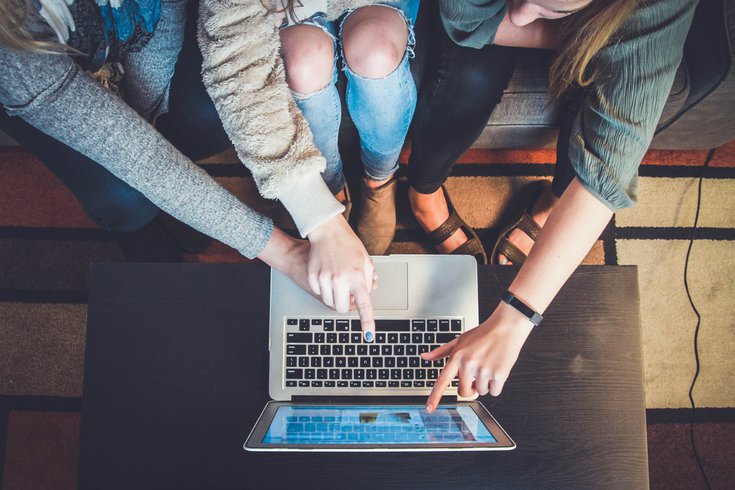 On Feb. 15, the city of Philadelphia unveiled its five-year plan to improve digital equity. Established through executive order, the plan focuses on affordability of devices, services, and improving the overall digital ecosystem.

The importance of reliable access to internet has never been more clear than in these past two years, as the COVID-19 pandemic has upended every aspect of our lives, from education and work, to entertainment and media consumption. And although city officials are solid on the fact that Philadelphia as a city does not lack access to broadband internet, officials within the Office of Innovation and Technology found that some portions of Philadelphia's residential community have more access than others.

That is the focus of the Digital Equity Plan, a five-year commitment from city officials put into place through an executive order signed by Mayor Jim Kenney in early February. The plan incorporates new and existing initiatives, all aimed at "bridging the digital divide" for underserved Philadelphians.

The National Digital Inclusion Alliance defines digital equity as "the condition in which all individuals and communities have the information technology capacity needed for full participation in our society, democracy, and economy."

33% of Philadelphians are estimated to be "subscription vulnerable," which city officials describe as those who cannot consistently afford subscriptions to high quality broadband services. In discussions in residents, 75% said that an internet bill above $20 per month would be too high.

"The pandemic has made the digital divide and its inequities and consequences for day-to-day survival a visible reality, if not a visceral experience, for all Philadelphians," wrote Mark Wheeler, chief information officer for the city. "When schools, offices, and stores are shuttered and non-emergency medical services move online, those without consistent and reliable internet access are cut off from the world."

According to the five-year plan, 96,000 Philadelphia households are currently without broadband access at home. Affordability remains the largest concern among Philadelphia residents attempting to access high quality broadband service.

Though the broad, sweeping goal is to expand broadband access to every household in Philadelphia, both the October report and this five-year equity plan focus on several key "populations in need" of assistance. These include K-12 households, seniors, Black households, Hispanic households, multilingual households, and low-income households.

"Philadelphia will continue its diligent work toward establishing digital equity for all," said Mayor Kenney. "The executive order establishes a policy that emphasizes the importance of digital equity for our city and enables the creation of the Digital Equity Plan."

The city identified four primary goals in expanding access and affordability, detailing both new and existing strategies to achieve them. These include expanding access to devices, connectivity, training, and improving the overall digital ecosystem.

These include distributing devices to all adults enrolled in adult literacy or workforce preparation classes, ensuring devices for all students in all of Philadelphia's schools, and utilize organizations like the Free Library of Philadelphia to use its bulk purchasing power to distribute devices to underserved residents.

The plan also highlights the importance of expanding access to public computers, including those available at the Free Library, with priority for multilingual communities and others that experience greater need. Increasing the city's initiative for refurbished technology is also high on the list of strategies.

Along with improving access to working devices, expanding broadband access has been high on the priority list for both city and state government for several years. In Harrisburg, Gov. Tom Wolf recently signed legislation to create the Pennsylvania Broadband Authority, which will oversee statewide efforts to enhance broadband access.

The most common strategy put forth by the city to enhance access to broadband services is to provide household subsidies, including through PHLConnectED, which provides free internet to K-12 households who need it. The city wants to create a long-term funding stream to support and expand the program.

Other proposed initiatives include utilizing recreation centers and other community hubs to serve as "Digital Anchor Institutions" and provide broadband access to every neighborhood. There are more than 200 recreation centers across the city, many of which are already utilized by the community as hubs for connection.

The third goal put forth in the city's digital equity plan addresses the necessity of digital literacy and its relevance to succeeding in work and life, as more institutions become digital-first. The plan notes that these issues with digital access are exacerbated in people who have a high school diploma but not a college degree.

In Philadelphia, 12% of adult residents do not have a high school diploma, meaning that they are more likely to have trouble with digital literacy.

Lastly, the digital equity plan seeks to create a more improved digital ecosystem citywide. These initiatives include expanding on the programs that already exist, while also creating data benchmarks for the city to pass on its way to achieving a more equitable digital landscape.

In terms of sustainable funding, the Office of Innovation and Technology suggest using portions of American Rescue Plan Act funding to target some of the initiatives in need of large-scale, sustainable funding efforts, like PHLConnectED. Other ideas for funding include state assistance, as well as public and private partnerships with hospitals, banks, and internet service providers would help as well.