Jonathan Wisneski, 43, has not worked at Primos Elementary School since 2018 is currently being held on $150,000 bail, authorities say 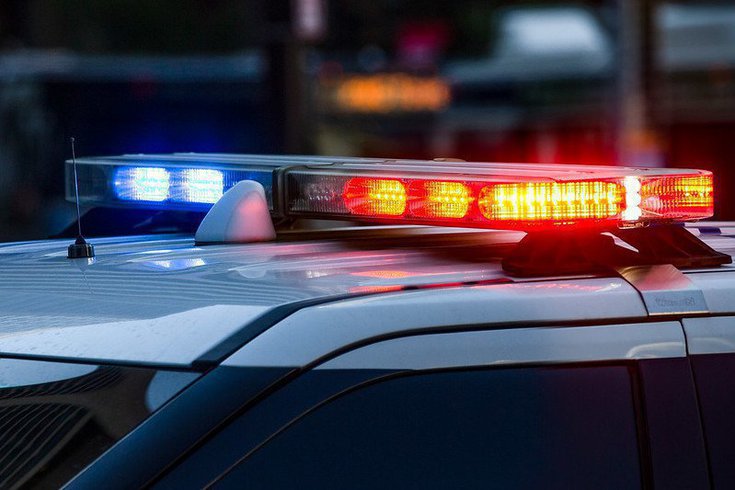 The former principal of Primos Elementary School in Clifton Heights has been sexual misconduct with students. Jonathan Wisneski, 43, has not worked at the school since 2018 and is currently in custody and charged with institutional sexual assault and related offenses, authorities say.

The one-time principal of Primos Elementary School in Primos accused of sexually assaulting his students has been charged and is currently behind bars, authorities announced at a press conference on Friday.

Jonathan Wisneski, 43, is currently being held on $150,000 bail and faces several charges including institutional sexual assault and endangering the welfare of children, 6ABC reported.

Wisneski was the principal of Primos until 2018, which is when allegations against him first began surfacing. He was removed from the position shortly thereafter, said Daniel McGarry, the superintendent of the Upper Darby School District, per 6ABC. McGarry was not yet in the position when the incidents allegedly occurred.

Law enforcement also investigated the incident in 2018, but no charges were brought at the time, the Pottstown Mercury reported.

The criminal complaint in the case states that four female students were interviewed that year and that no allegations were made at the time, FOX29 reported.

Forensic interviews are designed so that testimony can be used in a legal setting. They're carried out in a way that ensures traumatic experiences only have to be relived once, Bernhardt said.

The criminal complaint includes statements from a 10-year-old who alleged that Wisneski slapped her on the backside, CBS3 reported. The complaint also alleges that Wisneski would bring children to his office to play "butt ball," a game in which students would bounce a ball off their backsides, while he would watch, the outlet reported.

Another section of the complaint alleges that Wisneski would take female students on off-campus trips with no other adults present and that witnesses had expressed concerns about his conduct with female students, FOX29 reported.

"It's unfortunate when you're given an opportunity to work with children that anybody would take this for granted," McGarry said according to 6ABC. "I'm kind of heartbroken to be here today for those kids or anybody that's been involved in this situation."

The district has sent out a letter to families regarding the incident which can also be viewed on Facebook and Instagram.

Delaware County District Attorney Jack Stollsteimer said that his office has "no tolerance" for sexual misconduct and that people who commit the crimes Wisneski is accused of will be "hunte(ed) down" and brought to justice.

Before he became a principal, Wisneski was a teacher in the Upper Darby School District, 6ABC reported. His most recent employer was the Devereux Center for Autism Research & Educational Services.

A spokesperson for Devereux told 6ABC he was put on leave when the company first learned about the charges on Friday and that Wisneski passed a criminal background check before he was hired.

Authorities believe there may be more children who were subjected to Wisneski's alleged misconduct.

Bernhardt said the investigation is ongoing and that parents of children who may have come into contact with Wisneski should ask them if they were subjected to any sexual misconduct, the Pottstown Mercury reported.

Anyone with additional information about the case is asked to contact the police.