Check out a digital Franklin Field on Friday via Twitch 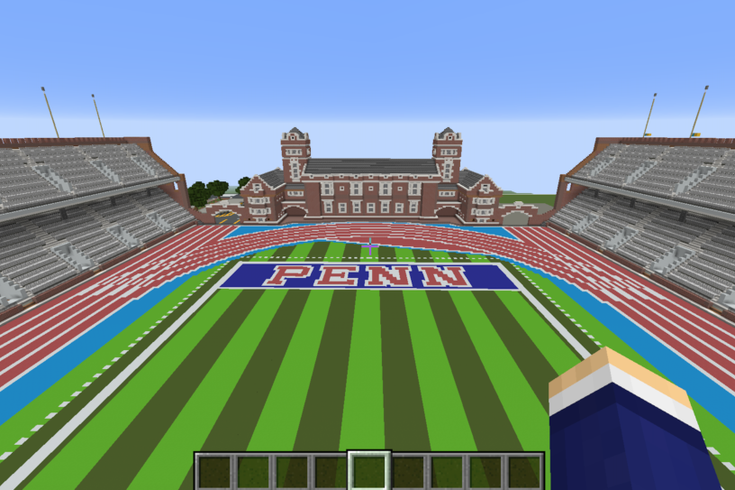 The Digital Penn Relays will be livestreamed on Twitch on Friday afternoon. The competition, which features Minecraft races, was created by the Penn athletics department and esports company Gen.G.

The Penn Relays were supposed to commence Thursday with runners taking their marks at Franklin Field.

But the University of Pennsylvania has found a way to fill the void caused by the COVID-19 pandemic: A digital version of the annual track and field competition.

Penn's athletics department is partnering with esports company Gen.G to livestream the competition, dubbed The Digital Penn Relays, on its Twitch channel. The five-hour event begins Friday at noon.

The competition will pit participants from across the world in Minecraft races inside a digital Franklin Field. Players will take part in four track-related mini games involving obstacles like hurdles, water, lava and ice.

The participants will include Penn students, parents, alumni, coaches and faculty, as well as high school students and track and field athletes. The competitions will be both individual and team-based and split into divisions based upon gender and age.

"We were already planning a digital activation with Gen.G during our traditional event, so we're even more excited to elevate our stream and showcase the rich history of The Penn Relays with the next generation of gamers of all ages," Penn Relays Executive Director Scott Ward said in a statement. "Even with the physical event being interrupted, we couldn't miss the opportunity to keep our community connected and celebrate our pedigree of world class track and field athletes."

The Penn Relays were canceled for the first time since it began in 1895. The event, which attracts runners from across the region and track stars from around the world, was slated to run April 23-25. It previously was altered during World War I and saw reduced participation during World War II.