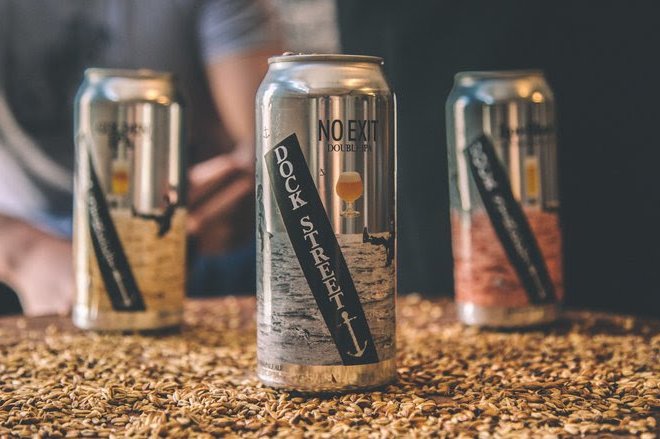 Dock Street will be selling its Golden IPA, No Exit DIPA and Jip the Blood in 16 ounce cans this week.

Dock Street Brewing Company is finally selling its beers in cans, and the West Philadelphia spot is celebrating in a big way.

Dock Street will hold its can release event Thursday, the same day that its Dock Street Cannery & Tasting room next door to its brewpub on 50th Street and Baltimore Avenue opens to the public.

The mixed-use space, a sign of expansion for Dock Street, will be used for fermenting, aging and canning the brews while the tasting room will be open to Dock Street fans to dine on "small bites," or sip on beer, draft wine and cockatils on Thursday, Friday and Saturday evenings, according to a news release.

Although, Thursday will mark the sale of its first canned products, ever. The brewery turned 30 back in 2015 and celebrated the occasion by bottling beer for the first time in more than a decade, according to the Philadelphia Business Journal.

Dock Street's release celebration will be held Thursday from 4 to 11 p.m., according to the event's Facebook page. Beer drinkers will be able to take out 16 ounce cans of its Golden IPA, a 6 percent IPA brewed with oats and caramel malt, its No Exit DIPA, an 8.5 percent double IPA with an "intense, dry, dank, earthy and citrus flavor," as well as its Jip the Blood, a double Berliner Weisse with blood orange puree.