Doctor Alexa will see you now: Is Amazon primed to come to your rescue?

Skills emanate from one little-understood feature of smart speakers: they're listening 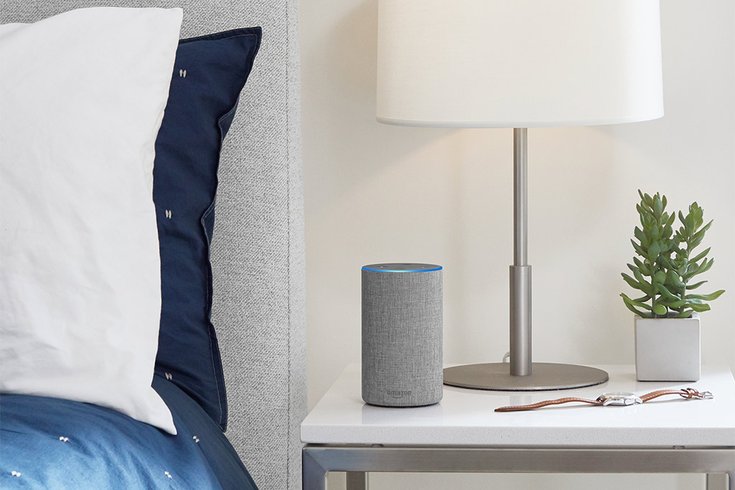 Amazon believes Alexa, the virtual assistant inside the Echo and other smart speakers, could help doctors diagnose mental illness, autism, concussions and Parkinson’s disease, and maybe even a heart attack in progress.

Now that it’s upending the way you play music, cook, shop, hear the news and check the weather, the friendly voice emanating from your Amazon Alexa-enabled smart speaker is poised to wriggle its way into all things health care.

Amazon has big ambitions for its devices. It thinks Alexa, the virtual assistant inside them, could help doctors diagnose mental illness, autism, concussions and Parkinson’s disease. It even hopes Alexa will detect when you’re having a heart attack.

MORE HEALTH: Americans are sitting around more than they used to, study says

Amazon has partnered with numerous health care companies, including several in California, to let consumers and employees use Alexa for health care purposes. Workers at Cigna Corp. can manage their health improvement goals and earn wellness incentives with Alexa. And Alexa helps people who use Omron Healthcare’s blood pressure monitor, HeartGuide, track their readings.

But a flood of new opportunities are emerging since Alexa won permission to use protected patient health records controlled under the U.S. privacy law known as the Health Insurance Portability and Accountability Act (HIPAA).

Before, Alexa had been limited to providing generic responses about medical conditions. Now that it can transmit private patient information, Amazon has extended its Alexa Skills Kit, the software development tools used to add functions. Soon, the virtual assistant will be able to send and receive individualized patient records, allowing health care companies to create services for consumers to use at home.

Amazon’s efforts in this domain are important because, with its 100 million smart devices in use worldwide, it could radically change the way consumers get health information and even treatment — and not just tech-savvy consumers. Analysts expect 55% of U.S. households will have smart speakers by 2022.

DELIVERING CARE AT A DISTANCE

Some of Alexa’s new skills depend on a little-understood feature of the devices: They listen to every sound around them. They have to in order to be ready to respond to a request, like “Alexa, how many tablespoons in a half-pint?” or “Put carrots on the shopping list.”

University of Washington researchers recently published a study in which they taught Alexa and two other devices — an iPhone 5s and a Samsung Galaxy S4 — to listen for so-called agonal breathing, the distinct gasping sounds that are an early warning sign in about half of all cardiac arrests. These devices correctly identified agonal breathing in 97% of instances, while registering a false positive only 0.2% of the time.

Earlier research had shown that a machine learning system could recognize cardiac arrest during 911 emergency calls more accurately and far faster than human dispatchers could.

Amazon, which declined to comment for this article, holds a patent on an acoustic technology that recognizes and could act on significant audio interruptions. Combined with patented technology from the University of Washington that differentiates coughs and sneezes from other background noises, for example, Alexa could discern when someone is ill and suggest solutions.

Because Amazon also holds patents on monitoring blood flow and heart rate through an Alexa-enabled camera, Alexa could send vitals to a doctor’s office before you head to your appointment and continue to monitor your condition after you get home.

“It opens possibilities to deliver care at a distance,” said Dr. Sandhya Pruthi, lead investigator for several breast cancer prevention trials at the Mayo Clinic, which has been on the front lines of using voice assistants in health care. “Think about people living in small towns who aren’t always getting access to care and knowing when to get health care,” she said. “Could this be an opportunity, if someone had symptoms, to say, ‘It’s time for this to get checked out’?”

Livongo, a Mountain View, Calif.-based startup focused on managing chronic diseases, sells an Alexa-connected blood glucose monitor that can help diabetes patients track their condition. Home health care provider Libertana Home Health, based in Sherman Oaks, Calif., created an Alexa skill that lets elderly or frail residents connect with caregivers, set up reminders about medications, report their weight and blood pressure, and schedule appointments. Cedars-Sinai Medical Center in Los Angeles put Amazon devices loaded with a plug-in called Aiva into more than 100 rooms to connect patients with staff and to provide hands-free television controls. Unlike a static call button, the voice-controlled device can tell nurses why a patient needs help and can then tell the patient the status of their request. Boston Children’s Hospital, which offered the first Alexa health care software with an educational tool called Kids MD, now uses Alexa to share post-surgical recovery data between a patient’s home and the hospital.

Many medical technology companies are tantalized by the possibilities offered by Alexa and similar technologies for an aging population. A wearable device could transmit information about falls or an uneven gait. Alexa could potentially combat loneliness. It is learning how to make conversation.

“Alexa can couple a practical interaction around health care with an interaction that can engage the patient, even delight the patient,” said elder care advocate Laurie Orlov.

It and other voice assistants might also help bring some relief to doctors and other medical practitioners who commonly complain that entering medical information into electronic health records is too time-consuming and detracts from effective interactions with patients.

This technology could work in the background to take notes on doctor-patient meetings, even suggesting possible treatments. Several startup companies are working on such applications.

One such company is Suki, based in Redwood City, Calif., which bills itself as “Alexa for doctors.” Its artificial intelligence software listens in on interactions between doctors and patients to write up medical notes automatically.

Amazon devices will need to excel at conversational artificial intelligence, capable of relating an earlier phrase to a subsequent one, if it is to remain dominant in homes.

In a 2018 interview on Amazon’s corporate blog, Rohit Prasad, a company vice president who is head scientist for Amazon Alexa, described Alexa’s anticipated evolution using “federated learning” that lets algorithms make themselves smarter by incorporating input from a wide variety of sources.

“With these advances, we will see Alexa become more contextually aware in how she recognizes, understands and responds to requests from users,” Prasad said.