Test not yet FDA approved, but is already on sale 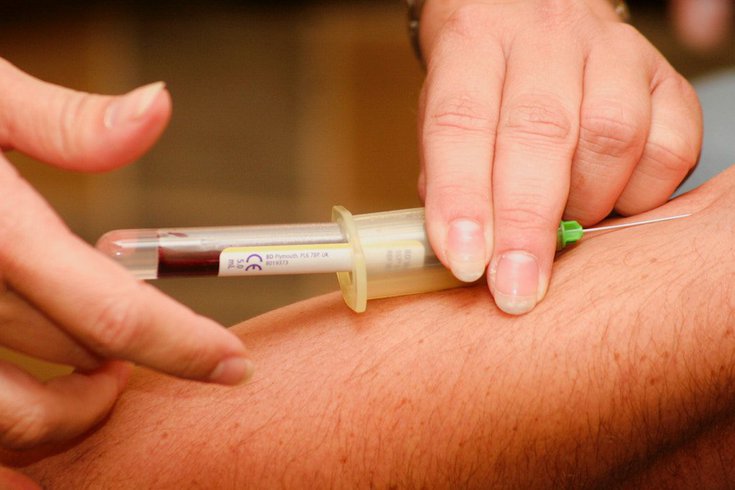 A simple blood test is now available that can help doctor's diagnose Alzheimer's in their older patients. Results take 10 days.

A new blood test that may make it easier to detect markers of Alzheimer's disease is now on sale, but lack of evidence for its accuracy is concerning some health experts.

Approximately 5.5 million Americans may have Alzheimer's disease, the most common form of dementia, according to the National Institute of Aging.

While an earlier diagnosis can't completely stop the disease, starting treatment early can delay the progression of symptoms so people can function on their own longer.

The new blood test, developed by C2N Diagnostics, gives doctors another tool in their arsenal for diagnosing the disease, one that can easily be administered during an office visit. Results take 10 days.

To date, the most accurate way to detect buildup of beta-amyloid (a protein associated with Alzheimer's) in the brain was an expensive PET brain scan. Despite its effectiveness, the cost of the scan proved to be too prohibitive for many.

C2N Diagnostics' blood test measures two types of amyloid particles as well as a protein that reveals a person's genetic risk for the disease. These levels, along with other factors like patient age, are used to calculate a low, medium, or high likelihood of having amyloid buildup in the brain.

While the company's founders, Drs. David Holtzman and Randall Bateman of Washington University School of Medicine, have published the amyloid research that led to the development of the test, the company hasn't yet published any data of its own on the test's accuracy.

They also have yet to receive approval from the U.S. Food and Drug Administration. Still, C2N Diagnostics is able to sell the blood test under general commercial lab regulations.

WHAT HEALTH EXPERTS ARE SAYING

Heather Snyder of the Alzheimer's Association told the Associated Press that the organization won't endorse the test without FDA approval. She also called for more research to be completed in more diverse populations.

Dr. Eliezer Masliah, the Director of the Division of Neuroscience at the National Institute of Aging, said the preliminary findings are encouraging, but that the company needs to provide more detailed evidence of the test's accuracy.

WHAT WE KNOW ABOUT THE TEST'S ACCURACY

Marketing materials for the blood test compare its accuracy to that of the PET brain scan. In a study not yet published, the test was as accurate as the PET scan in 92% of positive diagnoses and in 77% of negative ones.

C2N Diagnostics CEO Dr. Joel Braunstein said this doesn't mean the test wasn't accurate in the other 23% of negative cases, though: published research indicates that the blood test can detect amyloid buildup earlier than brain scans can.

The company plans to seek FDA approval and publish further results in the future. The test is suggested for people 60 and older who are having cognitive difficulties, not for general screening purposes.

The test costs $1,250 and isn't covered by insurance or Medicare. However, there are discounts available based on income, the company said.