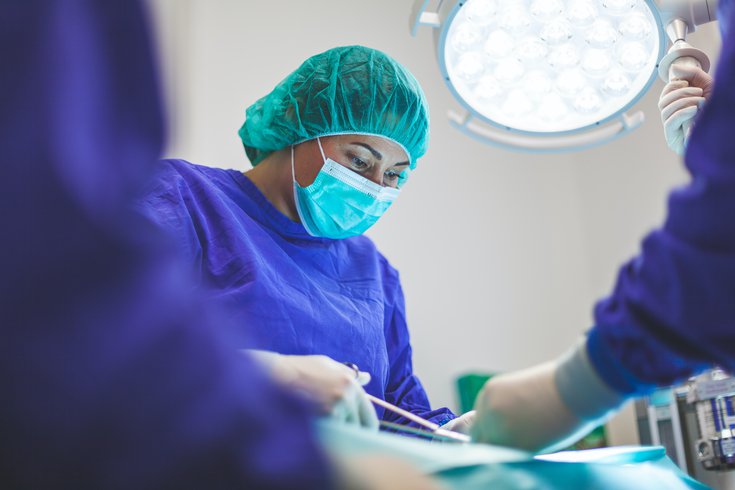 Health systems may need to cut back on elective surgeries in order to ensure that hospital beds do not run out for COVID-19 patients, according to new Pennsylvania guidance.

Pennsylvania health systems may need to cut back on elective surgeries under a state order that aims to ensure hospitals have enough beds to treat COVID-19 patients.

The order, which took effect Monday, requires hospitals to slash elective surgeries by 50% over a seven-day period if a region meets two of the following three criteria:

The order affects hospitals on a regional basis – unlike the statewide order that shut down all elective surgeries when the pandemic began in March.

Many of the Philadelphia region's health systems have been hit hard financially by the public health crisis, partly because they generate much of their revenue from elective procedures.

Main Line Health lost $67 million in the fiscal year that ended in June, according to the Inquirer. Thomas Jefferson University lost roughly $300 million and Tower Health lost about $439 million.

Temple Health, Penn Medicine, Jefferson and Main Line Health performed an average of 2,800 outpatient surgeries per week during July, August and September, the Inquirer reported. From April through June, they only conducted roughly 1,400 elective procedures.

With hospital beds filling up with COVID-19 patients, they may be looking at another reduction in elective surgeries.

Hospitalizations have been steadily rising since autumn began, but they rose sharply in November. The 14-day average number of hospitalized patients has increased by 3,000 since late September.

There are currently 4,631 COVID-19 patients hospitalized in Pennsylvania, with roughly 20% being treated in the intensive care unit, according to statewide data. There are approximately 500 ventilators in use.