Faced with imperfect choices, some retirees cobble together different types of health insurance 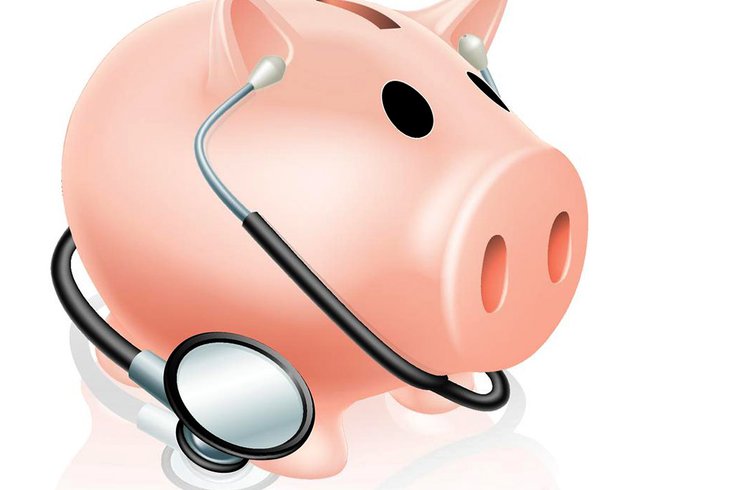 When Karen Schirack, 67, slipped on her way into her house in January and broke her left femur in multiple places, she had a decision to make. Should she get surgery to repair the fractured thigh bone and replace her hip near Ajijic, Mexico, where she has lived for 20 years, or be airlifted back to her home state of Ohio for surgery and rehab?

As the number of American retirees living overseas grows, more of them are confronting choices like Schirack’s about medical care. If they were living in the United States, Medicare would generally be their coverage option. But Medicare doesn’t pay for care outside the U.S., except in limited circumstances.

Expatriate retirees might find private insurance policies and national health plans in other countries. But these may not provide the high-quality, comprehensive care at an affordable price that retirees expect through Medicare. Faced with imperfect choices, some retirees cobble together different types of insurance, a mix that includes Medicare.

That’s what Schirack has done. She pays about $3,700 annually for a private insurance policy through Allianz that covered her surgery at a private hospital in Guadalajara, about an hour from Ajijic. She also has a medical evacuation policy that would have paid for her flight to the States, if she’d opted for that. That policy costs roughly $3,000 for five years. And she pays for Medicare Part B, which she can use for care when she visits family in the U.S. (The standard Part B premium is $135.50 monthly.)

Schirack has a scar running from her waist to the middle of her thigh, but she no longer needs home nursing care and wrapped up months of physical therapy in June. After five more months of healing, she hopes to be back to normal.

Her private plan paid the equivalent of about $20,000 for her surgery. Before she left the hospital, Schirack had to cover her portion of the total, about $2,400, plus bills for other expenses, including blood transfusions.

After she left the hospital, she was responsible for paying for other services — home nurses, physical therapy and medications — and submitting receipts to the insurer for reimbursement. She estimates she has spent about $10,000 and has been reimbursed for about two-thirds of that so far.

If she’d had surgery in the States, she might have faced fewer paperwork hassles, Schirack said, “but all in all, I’m not going to complain.”

The quality of health care varies widely by country, as do the services available to foreign residents. And there are quite a few of these transplanted Americans.

Commercial health care policies for them may provide decent coverage, but people can generally be denied a policy or charged higher rates for medical reasons. The plans may refuse to cover some preexisting conditions. Schirack’s policy, for example, doesn’t cover any services related to her allergies.

Private policies can be problematic for another reason: They may have age limits. The GeoBlue Xplorer Essential plan, for example, enrolls only people who are 74 or younger, and coverage expires when people turn 84. In contrast, Medicare eligibility generally begins at 65 and continues until a beneficiary dies.

And the policies aren’t cheap. A 70-year-old might pay $1,900 a month for an Xplorer Essential plan with a $1,000 deductible, said Todd Taylor, a sales director for GeoBlue. A plan with a $5,000 deductible might run $1,400 monthly. That doesn’t include coverage for services in the United States.

Rates may also vary by country. A 67-year-old American living in Costa Rica who buys a midlevel Cigna plan with a deductible of $750 for hospital care and $150 for outpatient care might pay $1,164 a month, said David Tompkins, president of TFG Global Insurance Solutions. The same policy might cost $913 in France, Tompkins said.

Since medical care is sometimes much less expensive overseas, some retirees opt to pay out of pocket for minor or routine services.

Claudia Peresman, 63, moved from Stonington, Conn., to San Miguel de Allende in central Mexico last November. On her first night there, she tripped in the bathroom, hit her face on a wall and split her lip. Her neighbors helped her get a cab to a 24-hour emergency room at a hospital about five minutes away, where staff cleaned up the cut and sent her home. She paid the roughly $25 fee in cash.

Peresman recently purchased a private insurance plan with a $2,500 deductible, for which she pays about $100 a month.

“What I wanted was catastrophic coverage,” she said. “Things are so affordable here that, outside of being admitted to the hospital, I can probably afford it.”

Even when retirees buy a private policy, Medicare is another piece of the puzzle that they have to consider. Once people become eligible for Medicare coverage, usually at age 65, they face a 10% premium penalty for every 12 months they are not enrolled in Part B, which covers outpatient services. (People who are 65 but still covered by an employer plan generally do not face that penalty.)

After paying into the Medicare system for decades, it’s no wonder some expats are frustrated that they can’t generally use the program outside the United States.

That’s just the way the law is written, an official at the federal Centers for Medicare & Medicaid Services said.

“CMS cannot speak to or speculate on congressional intent,” the official said.

And retirees should honestly consider whether they will spend the rest of their lives overseas.

“Even if that is their goal, is their health and mobility going to allow them to accomplish that?” said Dr. David Shlim, 69, who treated many expats when he ran a medical clinic in Kathmandu, Nepal, in the 1980s and ’90s. “People should imagine that they may need to come back to the U.S. and ask themselves how are they going to do that and afford that.”

Rules on whether noncitizens can enroll in a national health plan vary by country.

After living in the United States for nearly 30 years and raising a family here, Alberto Avendaño, 61, is moving back to northern Spain in August with his wife, Zuni Garro, also 61. Avendaño has dual citizenship, and his wife is a citizen of the United States. The couple can enroll in the Spanish universal health system and receive care there. They also plan to buy a private plan to use if they want to get medical services without a wait, said Avendaño.

Once they turn 65, they may enroll in Medicare as well, Avendaño said, depending on their circumstances. Their two children live in the United States.

“It is something that is part of our American system, and we want to have it,” he said.

Peresman also has a few years before turning 65 and making a decision, but she is leaning in the other direction. She is worried that the Medicare program may not exist in its current form when it comes time to decide.